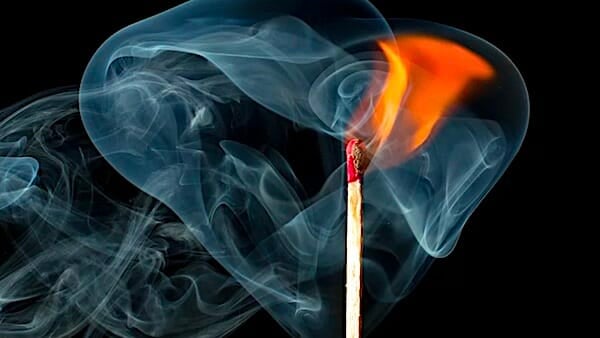 A Louisiana man convicted of arson for burning down three African-American churches in 2019 has been sentencd to 25 years in prison and ordered to pay nearly $3 million in damages.

The Department of Justice on Tuesday announced the resolution of the case of Holden Matthews, 23, who was sentenced in the Western District of Louisiana for setting fire to the three Baptist churches.

"Matthews admitted to setting the fires because of the religious character of these buildings, in an effort to raise his profile as a 'Black Metal' musician by copying similar crimes committed in Norway in the 1990s. Matthews further admitted that, after setting the third fire, he posted photographs and videos on Facebook that showed the first two churches burning. Matthews admitted that he had taken these photographs and videos in real time on his cell phone, as he watched those churches burn, and that he had posted them to Facebook in an effort to promote himself in the Black Metal community," the DOJ said.

Matthews was sentenced on three counts of violating the Church Arson Prevention Act as well as a count of using fire to commit a federal felony.

"These churches trace their origins to the post-Civil War Reconstruction period and, for generations, were a place for predominantly African American Christians to gather, pray, worship, and celebrate their faith," said Assistant Attorney General Eric Dreiband of the Civil Rights Division. "The churches survived for nearly 150 years but did not survive this defendant's warped act of hatred.

"I extend my sympathy to the victims of this defendant’s arson spree, the congregants of Saint Mary Baptist Church, Greater Union Baptist Church, and Mount Pleasant Baptist Church. The Justice Department will continue vigorously to protect their right to worship and live in peace. The Justice Department stands against these acts of hate and the sentence handed down today reflects that. We will continue to protect the civil right of Americans to freedom of worship without fear of persecution," he said.

Acting U.S. Attorney Alexander C. Van Hook of the Western District of Louisiana said the sentence handed down today "will not bring their churches back but should send a clear message that there is a high price to pay for this type of destruction and violence and these type of crimes will not be tolerated by this office."

"We hope that today’s sentencing brings a level of comfort and satisfaction that justice has prevailed for the parishioners of St. Mary Baptist Church, Greater Union Baptist Church, and Mount Pleasant Baptist Church as well as for all of the citizens of St. Landry Parish affected by these heinous acts," Vorndran said.

The ATF, FBI and various state and local agencies were involved in the investigation.