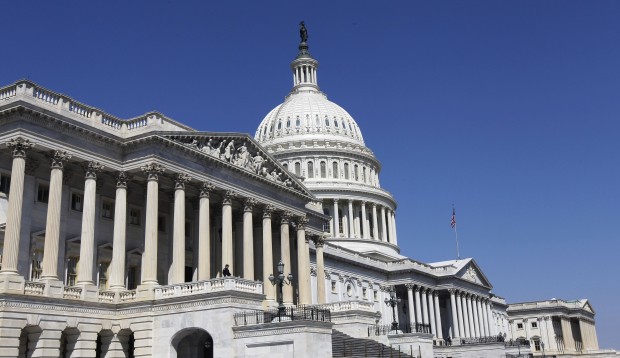 With the Dow surging 6.5% for the week, Wall Street appears to be bullish on Washington gridlock, banking on a Biden presidency mitigated by a Republican Senate.

Dan Eye of Fort Pitt Capital Group said the market "is just getting more comfortable with the outcome of a divided government, where we see a continuation of political gridlock [and] no meaningful changes on tax policy."

Markets, he said, like "no changes" because corporations then can plan while uncertainty gives Wall Street the jitters.

Alicia Levine of BNY Mellon Investment said the market is "now pricing in a Biden presidency with a Republican Senate, and the rotation that we saw was based on that."

She warned that if the Senate does not end up with a GOP majority, there will be higher risks.

At the moment, with four Senate races undecided, the Republican and Democratic caucuses each have 48 seats.

Prior to Election Day, Republicans held 53 seats and Democrats 45, with two independents caucusing with the Democrats.

Republicans were defending 23 seats while the Democrats defended 12.

In the 2014 election, the last time these seats were up for election, Republicans won nine seats from Democrats and took over the majority in the Senate. They maintained their hold in 2016 and 2018.