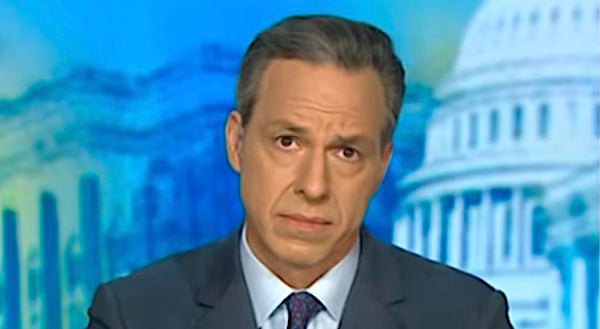 CNN responded after a Fox News article ripped the network for not labeling a large gathering outside the White House as a coronavirus “superspreader” event.

Fox News tweeted an article Saturday that criticized CNN for not mentioning that a crowd was not social distancing while celebrating the announcement that former Vice President Joe Biden was projected to beat President Donald Trump in the 2020 election. CNN Communications responded with a video of “The Lead With Jake Tapper” host Jake Tapper pointing out that the crowd could be a coronavirus risk.

“Might be time to change your strategy [Fox News],” CNN tweeted with the video. “The nation just chose truth.”

Might be time to change your strategy @foxnews. The nation just chose truth. #factsfirst???? https://t.co/Yr5FpLgkB5 pic.twitter.com/xiuasy7pQ8

In the video, Tapper briefly pointed out that the scene outside the White House might have caused public health officials to have “agita.” The crowd grew throughout the day, causing people to be packed close together on the Washington D.C. street, video of the scene showed.

“They’re not socially distancing,” Tapper said. “I hate to be a scold here, but we just had the highest day of infections in the United States. I believe yesterday was 125,000 Americans with new coronavirus infections.”

“It’s good to see people wearing masks, although for some of them they’re slipping off their face,” he continued. “People also need to socially distance themselves. The masks are significant though.”

The Fox News article called CNN the go-to network for “alarmist coverage of the coronavirus outbreak.” It also quoted Tapper and his fellow CNN anchors, Anderson Cooper and Wolf Blitzer, who did not point out the lack of social distancing.

“It’s really alarming and I have to say that the idea of this happening while this pandemic is going on, and the president and the White House are trying to convince us that it isn’t, is just otherworldly,” Tapper said in August.

The U.S. reported 128,396 new coronavirus cases Saturday as cases continued increasing nationwide, according to The COVID Tracking Project. There are currently 55,817 Americans hospitalized with the virus.

Meanwhile, Trump has yet to concede the election and his campaign has filed several lawsuits in battleground states across the country.

“This election is not over,” Trump 2020 campaign counsel Matt Morgan said in a statement Friday. “The false projection of Joe Biden as the winner is based on the results of four states that are far from final.”