It's amazing how many things are fake these days!

We have fake news, fake politicians, fake marriages, fake people (inside and out), fake pastors, fake teachers, fake elections, a fake FBI, a fake DOJ – and now even a fake president-elect and possibly a fake president.

All this while self-proclaimed fake President-Elect Joe Biden takes a victory lap, announces upcoming administration policies and selects a Cabinet without being officially elected president by the only body capable of doing so in our representative republic – the Electoral College (which does not meet to vote until Dec. 14).

So in the midst of all this fakery, how is one to make sense of the most important (and most fake) presidential election in our lifetimes and in America's history?

Fortunately, we have some insight from One whose integrity is beyond reproach and whose wisdom is beyond measure. In Luke 14, when Jesus noticed that banquet guests at a Pharisee's home were taking the places of honor at the table, he told a parable about what one should do when invited to a feast.

His recommendation was not to take the highest place of honor initially, because a person more distinguished may have been invited. Then, the host who invited both of you will come and say, "Give this person your place." Humiliated, you will have to take the least important seat.

Instead, Jesus suggested that when you're invited to a banquet you should take the lowest seat. Then, when the master of the banquet arrives, he'll say to you, "Friend, come sit in a better place." In this way you will be honored in the presence of everyone. "For all those who exalt themselves will be humbled, but those who humble themselves will be exalted."

While votes in numerous states across America are still in doubt, former Vice President Joe Biden has rushed in, taken the highest seat of honor, and exalted himself for all the world to see -- but the master of the banquet (the Electoral College) has not yet arrived.

As rampant voter fraud is being uncovered in every contested swing state – attested to in signed affidavits from multitudes of witnesses – the 2020 U.S. presidential election is anything but settled.

Slim margins of approximately 20,000 votes or less separate the candidates in crucial states such as Georgia (16 electoral votes), Arizona (11) and Wisconsin (10). A reallocation of these 37 electoral votes would take Joe Biden from 306 down to 269 votes and throw the election into the House of Representatives, since neither candidate would have reached the 50% threshold needed for victory.

If President Trump also wins Pennsylvania and its 20 electoral votes, he would have 289 electoral votes overall and be reelected outright when the Electoral College meets.

In states where election practices have been so fraudulent that an accurate vote count is impossible, the U.S. Constitution in Article 2, Section 1 gives the the power to appoint electors "in such Manner as the Legislature thereof may direct." In short, a fraudulent vote can be set aside and a state legislature can select which candidate will receive its electoral votes.

There is still much to be determined as votes in the contested swing states are recounted and real votes are separated from "fake votes." Flawed election software has been discovered and hackable voting machines are being called into question nationwide.

As for fake President-Elect Joe Biden, what is becoming clearer each day is that amidst all his lies and deceit, he seems to have made at least one honest statement during the 2020 campaign. In a rare appearance on Oct. 24, he stated, "We have put together, I think, the most extensive and inclusive voter-fraud organization in the history of American politics."

While the 2020 election battle rages, the nation's collective eyes are being forced to watch the D.C. Swamp continue to drain.

And as "the most extensive and inclusive voter fraud organization in the history of American politics" is being uncovered, it might be advisable for fake Catholic and abortion advocate Joe Biden to read Jesus' parable at the Pharisee's house and take it to heart. "For all those who exalt themselves will be humbled, but those who humble themselves will be exalted." 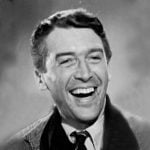