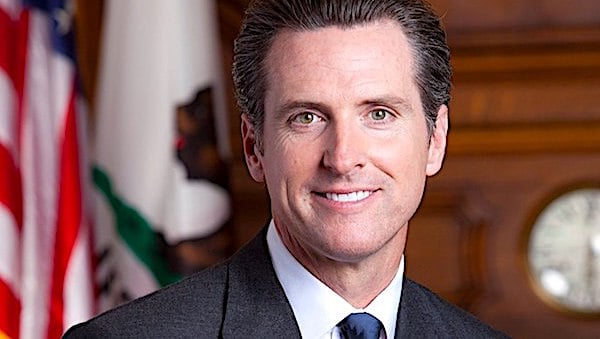 Photos show the maskless governor of California dining indoors at one of the highest rated restaurants in the world despite his restrictive coronavirus guidelines for the citizens of California.

Democratic California Gov. Gavin Newsom can be seen dining at the Michelin-starred French Laundry on the evening of November 6, according to photos obtained by Fox LA. The restaurant, located in California’s Napa Valley, is considered “the pinnacle of California dining” and has been ranked the best restaurant in the world numerous times, according to various outlets.

Newsom has said the restaurant was outdoors, but FoxLA reported that the room’s glass sliding doors had been closed, making the dinner party indoors. Newsom’s office did not immediately respond to a request for comment from the Daily Caller News Foundation.

EXCLUSIVE: We’ve obtained photos of Governor Gavin Newsom at the Napa dinner party he’s in hot water over. The photos call into question just how outdoors the dinner was. A witness who took photos tells us his group was so loud, the sliding doors had to be closed. 10pm on @FOXLA pic.twitter.com/gtOVEwa864

“While we were there we realized there was a very loud party going on in a room 20 feet from us,” the woman who took the photos told FoxLA. “It was a bit annoying since you’re spending hard-earned money to go there. It got louder and louder and so they had some sliding glass doors that they were able to close, so then it was a closed-off room but you could still hear them with how loud they were.”

She continued: “I just happened to look over and realize hey is that Gavin Newsom, who is that? And I did ask one of the waitresses and she confirmed it was, so I was able to take a couple of photos, I was able to document this especially since nobody was wearing a mask. It was a very large group of people shoulder to shoulder, something that he’s always telling us not to do so yeah it was a bit annoying for sure.”

Newsom has urged California residents to wear face masks “in between bites” at restaurants and announced Monday that California is “pulling an emergency brake” and mandating the most restrictive tier of coronavirus restrictions for more than two dozen California counties.

“California is experiencing the fastest increase in cases we have seen yet — faster than what we experienced at the outset of the pandemic or even this summer,” Newsom said. “The spread of COVID-19, if left unchecked, could quickly overwhelm our health care system and lead to catastrophic outcomes.”

The governor also warned that he would announce more COVID restrictions Friday ahead of Thanksgiving.

Newsom apologized Tuesday for attending the dinner party, calling it a “bad mistake” and saying that he became uncomfortable after arriving when he realized that the group was larger than he expected, according to FoxLA.

“We should have modeled better behavior and not joined the dinner,” he said.

But the woman who took the photos said Newsom did not appear uncomfortable.

“I was surprised because it didn’t look like he was uncomfortable being there until the very end until people were looking at him and staring at him as he was leaving the room,” she told FoxLA.