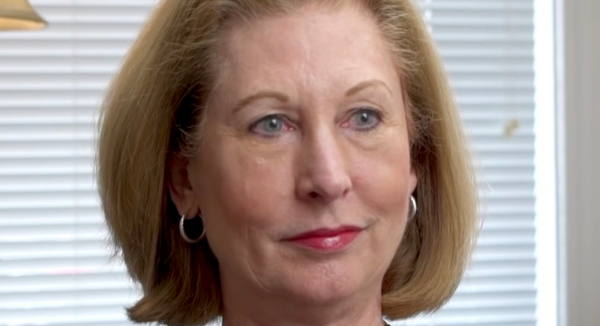 Trump campaign attorney Sidney Powell announced Friday that the president's legal team will make public as soon as this weekend evidence from affidavits supporting their claims of a "national conspiracy" of voter fraud in the 2020 presidential election.

Powell told BlazeTV host Glenn Beck on his radio show that she has documents to back up the allegations she made at a press conference Thursday against voting system companies Smartmatic and Dominion and will publish them online, The Blaze reported.

"We will start putting documents online and sending them to people like you, as soon as we possibly can," Powell said. "I would hope that we could start that by this weekend."

She said the legal team has collected a "tsunami" of evidence, most of which it has had to hold back.

"We've unearthed a global, criminal conspiracy that is just mind-blowing. And we've only scratched a tip of the iceberg," Powell said.

On Thursday, as WND reported, Powell claimed the team has evidence that as many as 7 million votes were flipped or awarded to Biden through a code in electronic voting machines.

"This is heartbreaking, infuriating and the most unpatriotic acts I can even imagine for people in this country to have participated in in any way, shape or form," Powell said.

"And I want the American public to know right now that we will not be intimidated," she continued. "American patriots are fed up with the corruption from the local level to highest level of our government, and we are going to take this country back.

"We are going to clean this mess up now," she said.

On Friday, Powell told Beck she has "one very strong witness" who will testify that technological insecurities in Dominion's voting machines made it possible for votes cast for Trump to be switched to Joe Biden.

The witness, Powell told Beck, was sitting at Venezuelan socialist dictator Hugo Chavez's "right hand" and personally saw how Dominion's voting machines were manipulated to change the results of elections.

Dominion Voting Systems has denied "false assertions about vote switching and software issues with our voting systems." In a statement, it said Dominion "has no company ownership relationships with the Pelosi family, Feinstein family, Clinton Global Initiative, Smartmatic, Scytl, or any ties to Venezuela."

Powell said Trump's lawyers have spoken to as many as 1,000 witnesses.

She said the team will file several lawsuits in the battleground states for which they are "still gathering massive amounts of evidence, to the point we haven't even had time to process all of it."

"It's just a matter of tying it together in a way that's digestible. And we're in the process of doing that as we speak. And I'm hoping we get something filed by next week that starts outlining and proving the overall fraud."

Reporter Byron York presented the redacted, sworn affidavit from the "one very strong witness" who explained how the alleged Dominion-Smartmatic vote-changing operation worked.

York said the detailed statement was attached to a lawsuit by Georgia attorney Lin Wood, who is assisting the Trump legal team.

If you watched Trump attorneys newser yesterday, you saw Sidney Powell say they had 'one very strong witness' who explained how the alleged Dominion-Smartmatic vote-changing operation worked. His 'stunning, detailed' affidavit was attached to Lin Wood lawsuit. From Powell: 1/6 pic.twitter.com/FKGX6Dr0iY

On Thursday night, officials with Dominion Voter Systems backed out of testifying before the Pennsylvania House State Government Committee on Friday.

The House Republicans held a press conference Friday morning in which State Government Committee Chairman Seth Grove accused Dominion of "slapping Pennsylvanians in their face" by not showing up.

"If they have nothing to hide, why are they hiding from us?" he asked.

Smartmatic has denied Powell's claim that it transfered its technology to Dominion Voting Systems.

But Smartmatic and Dominion have scrubbed documents from the internet linking the two companies, the Gateway Pundit reported. In December 2007, Smartmatic announced the sale of its Sequoia Voting Systems to Dominion Voting Systems in a press release that has been archived elsewhere.

Gateway Pundit noted that anyone trying to view a Smartmatic 2011 press release on Archive.org is redirected to Dominionvoting.com.

Powell, in an interview Thursday night with Fox Business' Lou Dobbs, discussed the controversial claim of a raid on the Frankfurt offices of a company related to Dominion and Smartmatic, Scytl, in which servers were confiscated.

"Can you tell what actually did happen there and what you do know?" Dobbs asked.

"Well I know that is one of the server centers. There is also one in Barcelona. So it is related to the entire Smartmatic-Dominion operation," she said. "We do not know whether the good guys got the servers or whether the bad guys got them. Being on the outside of the government we simply don’t know.

"I'm hoping it's the good guys, and if they have that then there should be scads of evidence of frankly an international criminal conspiracy of the worst sort," she said.

Dobbs said the "presumption then is that they had the records on those servers of all of the votes that were processed by Dominion or Smartmatic."

"Yes," Powell replied, "the way it works is either the votes can be changed on the ground as they come in. People can watch the votes stream in live."

She said that, for example, a "high up" Dominion employee at the Detroit vote-counting center on the night of the election "could have watched the votes come in live and manipulated them in that process."

"It could have run an automatic algorithm against all the votes, which we believe is what happened originally, and then the machines had to stop."

She said the count "had to stop in multiple places because President Trump's lead was so great at that point that they had to stop the vote counting and come in and backfill the votes they needed to change the results."

"There are very serious questions about Dominion Voting Systems’ ties, security, and competence," he wrote on Twitter. "I don't have the answers."

But he said Dominion "needs to be put to the test, even though much of the media now pretend otherwise."

Levin pointed out that prior to the election, many establishment media outlets did stories on Dominion's problems, including PBS, NBC, the New York Times, USA Today, the Canadian Broadcasting System and the Huffington Post.

Democratic Congress members also have raised questions, and
Canada will not use Dominion, even though it's headquartered there, because it concluded the company’s not reliable.

"The history of this company is very concerning," he said.

Powell, working without grand jury subpoena power, has deployed IT, cyber security and statistical experts who are familiar with the Dominion system.

Noting civil cases are not criminal cases, he pointed out that "once you get to court with enough information that raises serious issues and concerns based on sworn expert statements and/or witness testimony, a court will or should decide if the case can proceed."

"At that point, formal discovery can proceed and be enforced by a judge," he said. "The difficulty is whether the judge is willing to allow the case to go forward, given the loud voices in the culture and media to stop all of the Trump campaign's lawsuits."

But Levin said the issue is bigger than even this election.