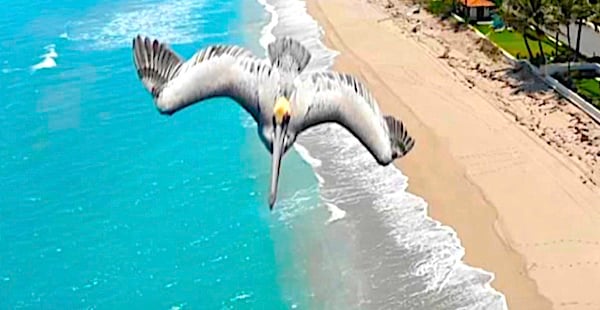 Home to some of the most beautiful and bountiful fishing and hunting grounds in the world, Louisiana has long been known as the Sportsman's Paradise. Unfortunately, a government-sponsored legal war against some of the country’s largest job creators has earned the state a new nickname: The Lawsuit Paradise.

Seeking to blame the oil and gas industry for shoreline erosion along the coast, Louisiana governor John Bel Edwards and some local leaders have partnered with plaintiffs’ attorneys to file dozens of lawsuits challenging production and exploration operations conducted across South Louisiana over the last 100 years.

Coastal land loss is a significant issue that needs to be addressed – but this legal blame game is nothing more than a state-sponsored money grab.

A broad consensus exists across the scientific community, including the state’s own coastal experts, that coastal erosion is driven by a combination of massive flood-control projects, creation of major waterways such as the Intercostal Waterway, and natural forces that have nothing to do with energy production.

Nevertheless, the government’s lawyers continue to assert vague and meritless claims in the courtroom, looking to hold the industry liable for oil and gas operations decades ago that complied with the law at the time they were undertaken.

The suits, which appear to be designed to create a windfall for plaintiffs’ lawyers who happen to be among the governor’s top campaign contributors, have been hung up in a state court vs. federal court jurisdictional battle for years.

The defendants have said that they want to keep the cases in federal court because many of the activities that the suits challenge were controlled, directed, and authorized by the federal government. Meanwhile, trial lawyers in Louisiana prefer state court, where they hope to find judges and juries less sympathetic to the industry.

In August, the Fifth Circuit weighed in on the plaintiffs’ side, affirming the remand of two of the bellwether cases back to state court. The narrow ruling, issued by a three-judge panel, did not address the merits of the case. Instead, it upheld the lower courts’ decisions based on procedural grounds of timeliness.

In response, Chevron, Exxon, and other energy companies filed motions asking the panel and the full court to reconsider the decision, arguing that the panel’s ruling conflicts with Fifth Circuit precedent.

Several national organizations and associations including the Chamber of Commerce, National Association of Manufacturers, American Petroleum Institute, and others, submitted briefs to the court arguing that the cases should be reheard. The Fifth Circuit took up oral arguments in the cases in October, and the facts presented strongly favor the companies’ request for reconsideration and removal of the cases to federal court.

In an attempt to avoid federal jurisdiction, the original petitions filed by plaintiffs’ attorneys in 2013 expressly renounced any aspect of federal interest – claiming that their lawsuits were based solely on alleged violations of state coastal use permitting laws. Notably, every court to consider the plaintiff’s allegations found them “vague and factually deficient.” In fact, numerous courts noted plaintiffs “fail[ure] to identify which specific activities are at issue” or “allegedly unlawful.”

In 2018, however, plaintiffs’ lawyers did an about-face. They filed an expert report in state district court, which revealed the true nature of their legal claims for the first time.  Essentially, the expert report erroneously suggested that energy producers should be held liable under Louisiana state law for exploration and production operations dating back to the 1920s, long before the state implemented its own coastal-management laws in 1980. The report also specifically challenged oil and gas activities that were controlled, directed, and governed by the federal Petroleum Administration for War during World War II.

The Fifth Circuit should not tolerate this apparent attempt to conceal the true nature of plaintiffs’ legal claims.  If not overturned, the practical effect of the panel’s ruling could be to further empower plaintiffs’ attorneys to file vague and meritless complaints in state courts only to later reveal their true theory of the case in subsequent filings.

Sadly, this federal vs. state jurisdiction issue is not new to courts around the country. The Supreme Court has agreed to review one of the legal issues present in the Fifth Circuit’s panel opinion during its next term. The high court’s decision regarding the appropriate scope of appellate review could have far-reaching implications in the Louisiana coastal land loss cases – and beyond.

Unfortunately, in the meantime, hardworking Louisianans will continue to suffer as frivolous lawsuits drive people, jobs, and investments out of state. It is estimated that over 75,000 people left the state over the last four years, searching for jobs and a better life. In addition, economists estimate the suits have cost Louisiana’s economy as much as $113 million a year since the litigation was filed. How much more must be lost before state and local leaders decide to end this legal war on their state’s top job creators?

Craig Richardson is the President of the Energy & Environment Legal Institute (E&E Legal).