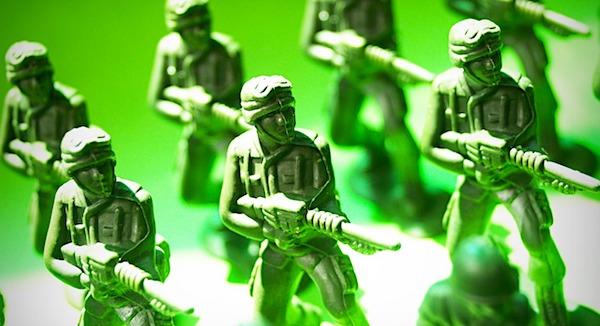 A North Carolina sixth-grade student was suspended from school and reported to police for displaying a toy gun during a virtual class in response to a Halloween assignment to "look scary."

Constitutional lawyers with the Rutherford Institute have come to the student's defense, dispatching a letter to Socrates Academy in Matthews, North Carolina, insisting that officials remove the suspension from the student's record.

When the teacher asked the class to do something "scary" for Halloween, the student picked up a broken toy gun and pointed it at his computer camera.

The teacher reported him to police.

Rutherford lawyers said that in the wake of a growing number of similar incident with toy guns and virtual schooling, they are making available to parents a precautionary "opt out" letter. Families whose children are taking part in remote learning can use it to assert their Fourth Amendment privacy rights "and guard against intrusive government surveillance posed by remote learning technologies."

Constitutional attorney John W. Whitehead, president of the Rutherford Institute, said that while the COVID-19 pandemic "has undoubtedly introduced significant challenges for the schools, as they vacillate between holding classes online, in-person or a hybrid of the two, remote learning (by way of online or virtual classes) should not be used to justify the expansion of draconian zero tolerance policies to encompass so-called 'violations' that take place in students' homes and home environments."

"This incident should serve as a cautionary tale for the rest of the nation’s public schools on what not to do when similar circumstances arise as they undoubtedly will: students would be better served if school officials opted to employ some common sense and did not overreact, overstep and overreach," he said.

The institute's letter to the school points out that the punishment stemmed from the academy's code of conduct. But the incident happened off-campus, in the student's home. The academy imposed the suspension based on the student's handling "any instrument that reasonably looks like a weapon." But that is not illegal in the student's own home.

The school also suggested the student was "making a threat" to other students, who were not in proximity to the student and in no danger.

Such rules don't apply off of school property, the letter explains.

"It would be absurd to construe this provision as forbidding students from possessing anywhere and at anytime the listed items since many of them are common and ordinary objects that parents allow their children to handle and use," the letter said, citing the school's ban on pocket knives, fireworks and "any sharp or pointed instruments" on campus.

Further, the student's actions did not have a "direct and immediately impact" on order, the letter said.