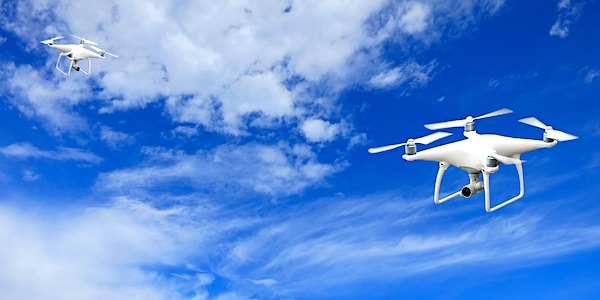 Middle East terrorists are turning to drones, making the technology a "clear security threat around the world."

The Investigative Project on Terrorism reported Israel has intercepted repeated attempts by terror factions to fly drones into its air space.

"But that doesn't mean its adversaries have given up on using the tool, or that they aren't further developing their drone attack capability," the report said.

"A milestone incident underscoring the growing reliance on drones by radical actors came on Sept. 14, 2019, when a swarm of Iranian military attack drones crashed into Saudi oil installations, together with cruise missiles," the report said. "Saudi Arabia's Aramco oil and natural gas company was forced to suspend 50 percent of its oil production in the aftermath. For the Islamic Republic, it was an exhibition of its new attack capabilities, and a message meant to cow Iran's Sunni-Arab state rivals."

Many of the drones are made in Iran, which has developed a series of different models. The report said they range from unmanned aerial vehicles used for attacks or surveillance to those intended to be crashed into targets.

The report cites Uzi Rubin, founder of Israel's missile defense programs, confirming the drones have been trafficked to Hezbollah. Some have been launched into Israeli airspace and shot down by the nation's air force.

One used for reconnaissance and attack is the Shahed 129, which likely was modeled on an American military tool, Rubin said in the report.

"The Iranians have used this aircraft in Syria, both to support Assad's forces, and to attack ISIS forces," he said.

The Iranian Saegheh 2, similar to the American RQ 170 UAV which was captured by Iran in 2011, also has been launched against Israel, and it also has been shot down.

Terrorist groups such as Hezbollah and Hamas have obtained the Iranian drones, which are of military grade. There also are consumer drones readily available online that can do considerable damage, the report said.

They "can be used to drop explosives such as grenades over military and civilian targets alike, and directed to fly over specific coordinates, while sending back visual data in real-time, making them convenient strike tools," the report said.

"It does not require much imagination to envision how terror cells could use commercial drones in future attacks to hit sensitive sites," IPT reported. "Israeli defense industries have unveiled high level protection systems against the threat of weaponized commercial drones, such as the Drone Dome system produced by Israeli defense company Rafael."