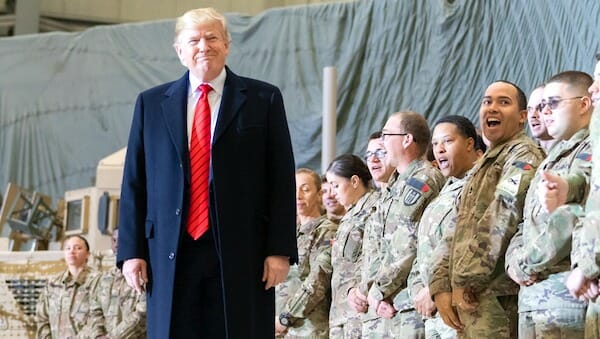 Turkey and stuffing. Detroit Lions Football. Turkey trots. Parades and the arrival of Santa followed by frenzied shopping on Black Friday and Cyber Monday. Maybe a bit of charity on Giving Tuesday. Thanksgiving is the ultimate American holiday. What more could you need?

How about this: gratitude, blessings, and humility. Unfortunately, the annual celebration has been overshadowed by consumerism and entertainment culture.

Let’s explore the origins of Thanksgiving in colonial America, which centered around the virtues that are crucial to sustaining our way of life.

The Pilgrims were English religious dissenters who settled in Plymouth in 1620. They made history by seeking asylum and signing the Mayflower Compact – quite possibly the first written agreement among men that founded a new government. They were quickly struck with a great sickness and began to starve; in the first year, nearly half died.

In 1621, with the help of Wampanoag tribe – especially Samoset and Squanto – the Pilgrims survived and even flourished. They held a huge three day feast. But that multicourse meal is not the precursor to the Thanksgiving that we will celebrate later this week. That would come two years later when the Pilgrims faced a brutal drought.

Then, Governor William Bradford led the people in fervent prayer to the Almighty for relief, and in a few hours, the heavens opened with torrents of rain. To commemorate that event, Bradford declared a day of Thanksgiving, which included a large feast and regular homage to God for His blessings.

Afterwards, colonial governors periodically proclaimed days of Thanksgiving in response to favorable events and conditions. The first continent-wide celebration was in 1777 when the Continental Congress declared a Thanksgiving in light of the colonists’ victory at the Battle of Saratoga.

When George Washington became President, Congress asked him to declare a Thanksgiving to honor the first Congress’s many accomplishments, which included the Bill of Rights and setting up a functioning federal government. Washington declared a Thanksgiving for the fourth Thursday in November. His proclamation recommended that the people devote the day “to the service of that great and glorious Being who is the beneficent author of all that good that was, that is, or that will be; that we may all unite in rendering Him our sincere and humble thanks for his Kind care and protection . . . for the signal and manifold mercies and favorable interpositions of His providence” during the American Revolution, in creating the Constitution, and protecting the “civil and religious liberty with which we are blessed.”

Thanksgiving’s resurrection occurred when Sarah Josepha Hale convinced President Lincoln to declare Thanksgiving during the Civil War. Despite the carnage, Lincoln’s Thanksgiving Proclamation explained several reasons why the nation should be thankful, remarking, “No human counsel hath devised nor hath any mortal hand worked out these great things. They are the gracious gifts of the Most High God, who, while dealing with us in anger for our sins, hath nevertheless remembered mercy.”

while offering up the ascriptions justly due to Him for such singular deliverances and blessings, they do also, with humble penitence for our national perverseness and disobedience . . . fervently implore the interposition of the Almighty Hand to heal the wounds of the nation and to restore it as soon as may be consistent with the Divine purposes to the full enjoyment of peace, harmony, tranquillity and Union.

Since Lincoln, Thanksgiving has become an annual tradition. But like so much of our civic calendar, it has been gutted of its original meaning. Perhaps now, in the wake of the most contentious election in modern times and in the grips of the worst pandemic in a century, we can return to the foundations of this magnificent holiday.

This Thanksgiving, take stock of our great blessings, including our Declaration of Independence, Constitution, and prosperity. Give thanks, express humility, and pray for your family and us all. That would be a Thanksgiving worthy of America.

Hon. Michael Warren has served on the Oakland County Circuit Court for over 17 years, is host of the Patriot Lessons: American History & Civics podcast, and authored America’s Survival Guide.