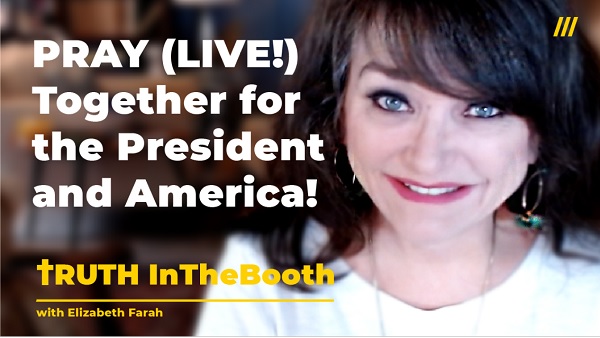 You're invited to join a 2020 post-election prayer meeting right now on YouTube.

After President Trump held significant leads in states that appeared to provide him a clear path to victory Tuesday, Joe Biden and the media have declared victory, but President Trump is not conceding. He'll be in court on Monday.

It's an election many have called the most important in their lifetime, with the nation sharply divide on issues such as abortion, religious liberty, LGBT activism, relations with Israel, health care and the Supreme Court. The outcome could be existential for our nation.

The subject: Prayer for righteous judgment and courage for those fighting the battle.

WND News Services
These reports are produced by another news agency, and the editors of WND believe you'll find it of interest.
Schweizer: 'The Biden family may be compromised'
Feds paying gay and transgender MINORS to report their sexual behavior
Biden's Supreme Court pledge is not Reagan's nor Trump's -- it's unfair
Broadcaster fired after comments comparing Portland to Antifa
Corporate media outfits claim school banned Holocaust book, but it didn't
See more...