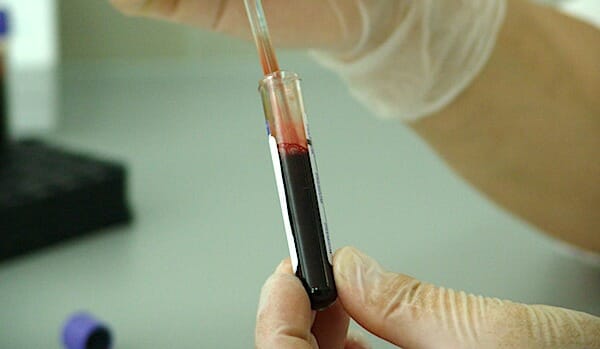 The webpage “Government Healthcare Facts,” which was spearheaded by right-wing activist group America Rising Advanced Research, predicts tens of millions of Americans would lose their employer healthcare coverage throughout the country if a public option or a Medicare-For-All-style plan went into effect. Approximately 13,234,000 people in Texas, 8,339,000 in Florida and 18,346,000 in California — the three largest states — would be forced to forfeit their coverage, according to a map posted to the group’s webpage.

The group presumed that government-run healthcare would wipe away any and all medical plans that come through employers.

“American families deserve to understand the devastating impact of a government takeover of healthcare,” Martin told the DCNF. “Whether it’s Medicare for All or a so-called public option, Democrats want to saddle taxpayers with massive costs and put Washington bureaucrats between patients and their doctors.”

Around 99,000 people in Florida, 168,000 in California and 114,000 in Texas could lose jobs through the implementation of increased government healthcare, the website, which cited statistics from trade group America’s Health Insurance Plans (AHIP), read.

The conservative group estimated the potential job losses by adding both health plan and insurance-related employees in each state throughout the nation based on reporting from AHIP, Martin told the DCNF.

The webpage does not distinguish political figures that support a public option from those who support Medicare-For-All. Kelly’s campaign website lists him as supporting a public option, but Hickenlooper is in favor of a “universal” healthcare solution. Ocasio Cortez, Tlaib, Omar and Pressley — all members of a liberal wing of the House dubbed the “Squad” — have backed Medicare-For-All as a healthcare solution, according to their campaign websites.

Proponents of universal healthcare insist that a single-payer system would “guarantee coverage for every American” and create a more equitable system.

“Our healthcare system must ensure dignity and equality for all people, which is why we need to enact policies that move our country to a single-payer system,” Omar’s campaign website read. “As a Member of Congress, I’m proud to support Medicare for All, a legislative proposal that creates a single-payer system that will finally guarantee coverage for every American, while reining-in the exorbitant costs of our existing system.

Democratic nominee Joe Biden, who has been projected to win the 2020 election by several outlets, has not expressed support for Medicare-For-All initiative, but has suggested adding a public option, according to his website. The former vice president has also committed himself to expanding upon Obamacare.