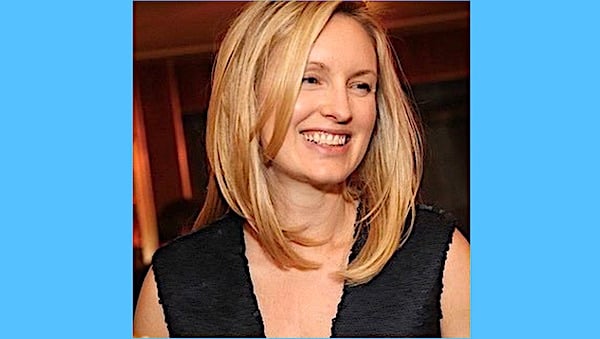 In the immediate aftermath of the Fox News Channel's declaration that Joe Biden was the next president of the United States, Kathryn Murdoch – the wife of James Murdoch, whose family owns the network – proclaimed on Twitter: "We did it!!!!"

The left-leaning Mrs. Murdoch had also tweeted on Election Day: "What will you tell your children or your future self about the part you played in history?"

What will you tell your children or your future self about the part you played in history?

Her husband, James Murdoch, whose father is media giant Rupert Murdoch, was a member of the board of directors at News Corp, the parent company of Fox News, since 2013 until he resigned in July.

At the time he stepped down, James indicated: "My resignation is due to disagreements over certain editorial content published by the Company's news outlets and certain other strategic decisions."

Fox News has been at the center of national controversy since Election Night, when its decision desk made an early call for the state of Arizona's electoral votes going to Joe Biden instead of President Trump.

Vanity Fair reported, "Trump phoned Fox owner Rupert Murdoch to scream about the call and demand a retraction. Murdoch refused, and the call stood. Trump and Murdoch have been at odds for months over election coverage."

On Saturday, Fox News led the national media pack in calling the results of the race, with Biden as the victor, despite ongoing controversy over ballots that may have been illegal being cast and counted in states run by Democrats. President Trump has numerous legal challenges in the works as no election results have been certified by any state.

Kathryn Murdoch spoke out about her "radical centrist" politics this year in an interview with Politico's Women Rule podcast.

"'This is the first time where I've really decided that I have a voice and I need to try to use it,' said Kathryn, who has long quietly supported climate change causes after Al Gore convinced her the issue was urgent in a 2006 presentation," reported Britain's Daily Mail.

"The decisions we make in the next few years are going to have an impact on coming generations," she added. 'I need to know that I've done everything that I can possibly do."