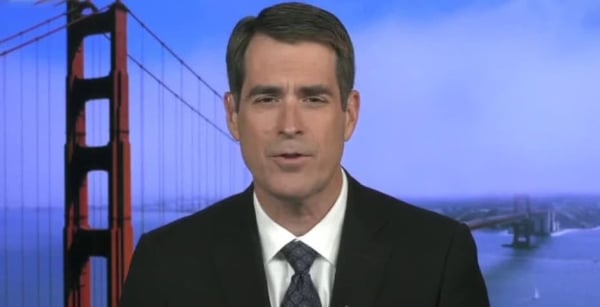 A prominent California doctor says he was fired after questioning his county's coronavirus stay-at-home orders.

Dr. Michael Deboisblanc -- the trauma medical director for John Muir Health before he wrote to health officials in Contra Costa County, California -- explained in an interview Wednesday he was advocating for parents who want their children to go back to school.

"All the data that I am aware of, looking at children and the virus, shows that it's safe" to reopen schools, Debloisblanc told Sandra Smith on Fox News' "America's Newsroom."

"There are many other states now that have months of track records showing that it’s safe for their kids to go back to school. And the state of California and the county is just not making that possible," he said.

In his letter, along with two other physicians, Deboisblanc said "the science is clear that more lockdowns lead to much more non COVID morbidity and mortality."

He also noted there are restaurants "that are just trying to survive, and keep their doors open."

"It's been very difficult for them," he said.

Should people be fired for questioning coronavirus lockdowns?
1% (8 Votes)
99% (857 Votes)

Contra County official John Gioia told KTVU-TV in response to the doctors' letter: "All of these orders have been based on strong science. [The doctors] are citing data that our health department believes is not reflective of accurate current thinking."

They argue that ICU capacity has been stable since July 1, and the Centers for Disease Control and the pediatric societies recommend opening schools, arguing children largely do not spread the virus.

In a July podcast that resurfaced earlier this month, White House coronavirus adviser Dr. Anthony Fauci admitted PCR tests pick up harmless fragments of the coronarvirus, resulting in many false-positive cases that result in overstating the threat. In August, the New York Times examined PCR testing data in three states and found "up to 90 percent of people testing positive carried barely any virus."

Last month, Sen. Rand Paul, R-Ky., called on Fauci to apologize to every school child in America and their parents for not pressing for schools to reopen long before the fall term, when the science already was clear that COVID-19 has little impact on children.

The senator was responding to Fauci's admission in a Nov. 29 interview, three months into the school year, that children should be in class after he had sparred with Paul in June over the issue.

At the June Senate hearing, Paul argued the science indicates it's safe to return to school, and the consequences otherwise are enormous.

"If we keep kids out of school for another year, what's going to happen is the poor and underprivileged kids who don’t have a parent that’s able to teach them at home are not going to learn for a full year," Paul said. "I think it’s a huge mistake if we don’t open the schools in the fall.

Paul said in an interview Nov. 30 that Fauci's error, leading to many schools across the nation canceling in-person teaching, illustrates the problem with basing public policy on one person or on Washington.

"When one person is so wrong, as Dr. Fauci has been, it has grave effects for millions of school children," he told Fox News' Sandra Smith.

"The evidence has been clear for six months -- evidence from entire countries in Europe and in Asia -- that schools do not lead to a surge, that kids are poor transmitters of this," the senator continued.

"Country-wide studies were showing this six months ago, and he wouldn't listen," said Paul of the White House coronavirus adviser. "I tried to convince him of this. And now he sort of flippantly says, Oh, we're going to let kids go to school, we're just going to close the bars."