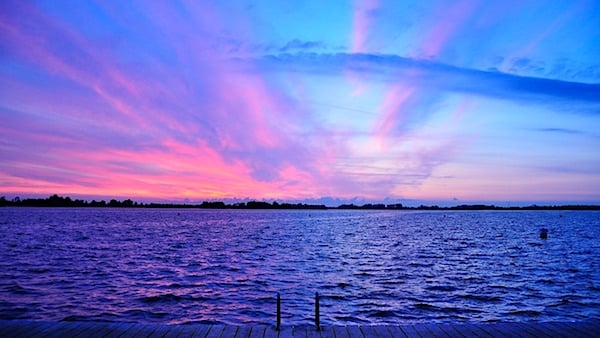 The Supreme Court is being asked to affirm an 1873 precedent that citizens of the United States have a right to use the nation's navigable rivers and lakes.

The appeal was made after the 9th U.S. Court of Appeals curtailed the scope of that right, ruling it only protects uses that "involve interstate or foreign commerce." But the 9th Circuit went further, according to the Institute for Justice.

The appeals court said that uses of navigable waters within a state also are not protected and the law generally bars "claims against the power of the state governments over the rights of [their] own citizens."

The Institute for Justice is representing two brothers opposing Washington state's refusal to allow them to launch a small ferry service due to the state's "public convenience and necessity" requirement.

The state will grant permission to Jim and Cliff Courtney only if an existing ferry company consents or they can prove to the government that the public convenience and necessity requires another ferry.

The Institute for Justice said the brothers have been trying for 23 years to operate on Lake Chelan in the Northern Cascade Mountains.

The Washington law, IJ contends, is like giving McDonald's permission to veto a Burger King restaurant in the same market.

The brothers want to shuttle customers of their family’s businesses at the far end of the lake, where there is no access by road.

At issue, IJ said, is the Privileges or Immunities Clause of the Constitution’s 14th Amendment and the Slaughter-House Cases, an 1873 decision in which the U.S. Supreme Court upheld the power of states to create monopolies in certain industries.

"But, interestingly, in that case, the justices held that among the rights (known then as 'privileges or immunities') that states have to respect is the 'right to use the navigable waters of the United States' – the very right at the heart of Jim and Cliff’s case and their private boat service," the institute said.

The 9th Circuit, however, rendered "meaningless a right that the U.S. Supreme Court has said all Americans possess by virtue of their national citizenship," said Michael Bindas, senior attorney with the Institute for Justice.

"Worse, it flouts the very constitutional provision that protects that right. When the Privileges or Immunities Clause says that 'No state ... shall abridge' rights of national citizenship, it actually means 'No state' – including one’s own."

IJ said a decision on whether the Supreme Court will take the case could come shortly after a Jan. 8 conference.

"The Courtneys' petition raises fundamental questions regarding the constitutional provision that was supposed to be the cornerstone of the 14th Amendment, and it concerns a right that the U.S. Supreme Court has held every American possesses by virtue of their national citizenship," said Bindas. "The 9th Circuit’s decision, if allowed to stand, will reduce that right to meaninglessness, and the Supreme Court should not let that happen."

The brothers already have the support of a number of organizations.

A coalition of historians argued one of the original intents of the navigable waters provision was because they were used to free blacks and slaves in the period leading up to the Civil War.

And a team of law professors contended the 9th Circuit decision "flies in the face of U.S. Supreme Court precedent, history, and the unanimous consensus of legal scholars."

Americans for Prosperity Foundation asserted the high court needs to "protect the right of the people to use the nations’ navigable waterways and unwind the conflation of limits on congressional power and protection of individual rights wrought by the Ninth Circuit."

The brothers' appeal said: "Lake Chelan thus provides a critical means of access. The lake is a 'navigable water of the United States.' It has been designated as such by the Corps of Engineers and, as the Corps recognized in making the designation, the lake is presently, has been in the past, and may in the future be used for interstate commerce."