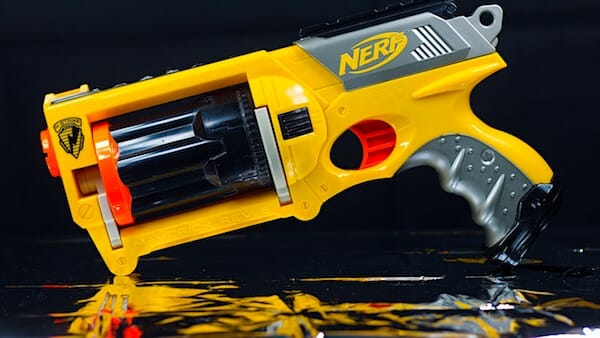 A video has emerged this week on social media showing a mall Santa telling a young boy he cannot bring him a NERF gun for Christmas.

Apparently, toys that launches Styrofoam darts are too much for the liberal Santa.

After hearing the request, Santa says: "Nope. No guns. Not even a NERF gun. If you dad wants to get it for you that's fine but I can't bring it to you."

Santa then suggests a bike or Legos, and the boy struggles then loses his battle with tears:

Liberal Santa sends Young Boy Away in Tears After Refusing to Gift Him a Nerf Gun for Christmas @Hasbro pic.twitter.com/9QbKtxcJGK

RedState noted Santa "seems to have a bit of a political bent."

"For one, it’s not up to Santa to deny a child a common toy because the man playing him has a set of political beliefs that run against it. If the mall itself has a policy about not encouraging the purchasing of toy guns then that policy needs to be made clear to parents so this situation doesn’t happen.

"Moreover, what if this child doesn’t have a father? What if his father died or abandoned him and he was being raised by a single mother?

"It seems to me this mall Santa had a political itch he needed to scratch and felt one of the ways he could do so was to deny children a toy they really want. Children look up to Santa, and if people use the image of Santa to try to sway children to believe their political leanings then these people should be fired and replaced with a person that will act the part."