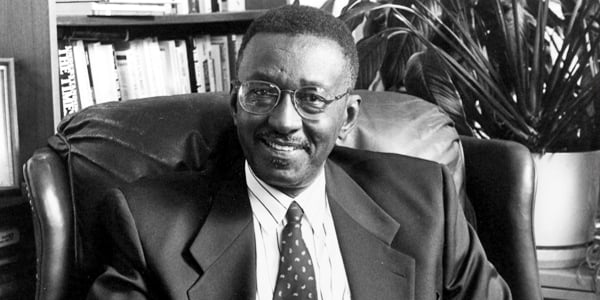 Walter Williams, the much-loved economist, conservative pundit and bestselling author whose common-sense and uncommon wisdom long served as a beacon for many, died Wednesday at age 84.

Williams’ weekly columns graced the pages of WND for many years. (Here is his entire column archive.)

“The great economist and freedom fighter Walter Williams has died. This is incredibly sad news," she wrote. "Walter was a great communicator of ideas and a prolific, provocative and uncompromising writer. … His voice, his happy-warrior demeanor, his cosmopolitan views, his endless fight on behalf of those with no political voices, and his generosity to all of us at Mason will be missed."

As noted in the Economic Policy Journal’s tribute to Williams:

He was the author of over 150 publications which have appeared in scholarly journals … and popular publications such as Newsweek, Ideas on Liberty, National Review, Reader’s Digest, Cato Journal, and Policy Review. He authored ten books: “America: A Minority Viewpoint,” “The State Against Blacks,” which was later made into the PBS documentary “Good Intentions,” “All It Takes Is Guts,” “South Africa’s War Against Capitalism,” which was later revised for South African publication, “Do the Right Thing: The People’s Economist Speaks,” “More Liberty Means Less Government,” “Liberty vs. the Tyranny of Socialism,” “Up From The Projects: An Autobiography,” “Race and Economics: How Much Can Be Blamed On Discrimination?” and “American Contempt for Liberty.”

In response to news of Williams' passing, radio and TV talk host Mark Levin tweeted: "Wow, what a punch in the gut. I am told that one of my heroes, Dr. Walter Williams, passed away. Walter had an enormous influence on me, from the time I was 13 years old; he was my first guest on ‘Life, Liberty & Levin.’ I'll discuss more tonight on radio."