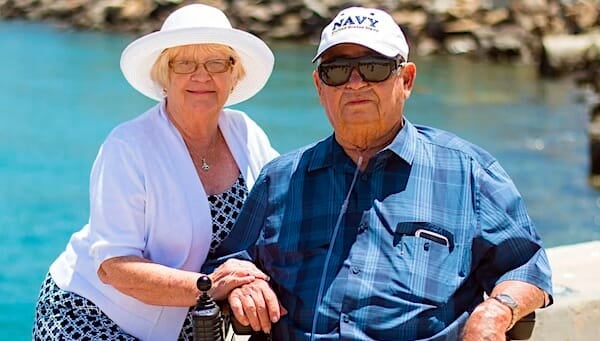 In the book of Genesis, the patriarch Methuselah, grandfather of Noah, lived to the age of 969. One of Joe Biden’s advisors would have you believe he lived approximately 892 years too long.

Six years ago, Zeke Emanuel, recently named to Biden’s coronavirus task force, famously wrote an essay that The Atlantic entitled “Why I Hope to Die at 75.” In a 2019 interview, he disclaimed responsibility for the article’s title, but not its sentiments. He then asked a provocative question surrounding the elderly: “whether our consumption is worth our contribution.” This naturally raises concerns about the government’s involvement in difficult decisions regarding end-of-life care.

Hearing statements like these pains believers of my Christian faith and those of many faiths. Christian theology teaches the inherent value of life – all life – as built in the image and likeness of God. Yet, some leaders keep making disturbing comments about withdrawing care from “less valuable” individuals.

In 2009, then-president Barack Obama said that “the chronically ill and those toward the end of their lives are accounting for potentially 80 percent of the total health care bill out there.” He called for “a conversation that is guided by doctors, scientists, ethicists. And then there is going to have to be a very difficult democratic conversation that takes place.” The interviewer did not ask him to elaborate, but Obama’s reference to a “difficult” conversation implies his preferred solution to the “problem” of high health spending by chronically ill patients.

Emanuel, himself an ethicist who worked in Obama’s Administration, went even further, questioning not just health care spending by elderly patients, but the overall purpose of their lives. In his 2019 interview, he said that “when I look at what” people over 70 “‘do,’ almost all of it is what I classify as play. It’s not meaningful work. They’re riding motorcycles; they’re hiking. Which can all have value – don’t get me wrong. But if it’s the main thing in your life? Ummm, that’s probably not a meaningful life.”

By directly linking the meaning of one’s life to the ability to do work, Emanuel both perverts capitalism and ignores life’s broader meaning. As a precious gift from God, life has value far beyond any measure of tangible goods or earthly possessions. Moreover, the core tenets of Christianity – the crucifixion and resurrection – demonstrate the inextricable link between suffering, death, and life.

In his letter to the Romans, Paul wrote of glory in one’s sufferings because suffering brings perseverance; perseverance, character; and character, hope. Those words might sound jarring to modern secular sensibilities. But they brought profound encouragement to the early Christian community, many of whom faced torture or martyrdom for their faith. And they bring courage and comfort yet to countless believers bearing crosses in life, whether physical, emotional, or spiritual.

We can all think of instances – Pope Saint John Paul II represents a very public example – where individuals used the declining nature of their physical bodies to become spiritually closer to God, preparing themselves on earth to receive the gifts of heaven. If the state uses values like Emanuel’s to withdraw care from people not viewed as “meaningful” – because they are too old, too infirm, or their care too expensive – such a step would demean the profound nature of human life, turning it into yet another expendable commodity.

When Christ spoke his famous words in Matthew’s Gospel, “whatever you did for one of the least of these brothers and sisters of mine, you did for me,” he didn’t include any reference to “meaningful work.” Here’s hoping that the Biden Administration doesn’t try to add any such caveats when determining coverage of health care treatments.

Mary Vought is the Executive Director of the Senate Conservatives Fund. You can follow her @MaryVought.