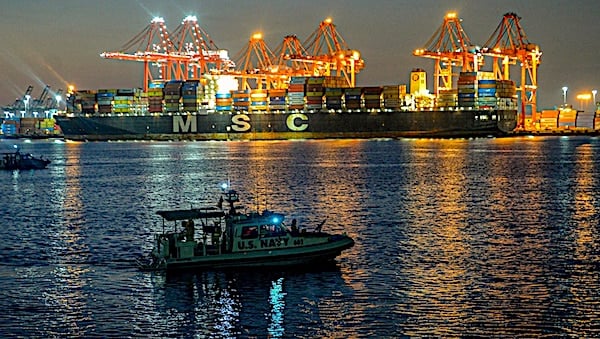 There long have been concerns about the influence of China's communist regime over Joe Biden, who has downplayed Beijing as a global threat.

When he was vice president for Barack Obama he took his son, Hunter, along with him on an Air Force Two trip to Beijing, where Hunter struck a $1.5 billion deal.

Now, the Washington Free Beacon reports Biden has named a lobbyist who has ties to Chinese Communist Party-run technology firms to oversee Biden's review team for the Office of the United States Trade Representative.

Ted Dean is a former administrative bureaucrat under Barack Obama who worked for multiple organizations that dealt with the business and technology arms of the Chinese Communist Party.

Dean also was the principal and president of a large Chinese tech consulting firm and the chairman of a China-friendly business lobbying organization.

From 1999 to 2013 he was at BDA China Limited, which advises on investments in China, the company's website explains.

"BDA scrubbed details from its site describing how the company was founded following a conference hosted by the Chinese government," the Free Beacon said. "While BDA has not publicly disclosed its Chinese clientele, a 2016 New York Times report said BDA helped raise capital for state-owned enterprises including China Unicom, China Telecom, and China Mobile. China Unicom and China Telecom were named in April as companies that are vulnerable 'to the exploitation, influence, and control of the Chinese Communist Party,' according to Federal Communications Commission chairman Ajit Pai."

Rep. Jim Banks, R-Ind., suggested it looks like a Biden administration would be less aggressive with "America's chief geopolitical rival."

"There are already several potential appointees whose coziness with China would disqualify them from working in a normal administration. But this administration’s stance towards China isn’t normal," Banks warned.

"Joe Biden is poised to undo consensus U.S. foreign policy which treats China as our foremost global adversary. Why? I’m not sure. But I do know Biden’s financial ties to China predate his recent cabinet picks and involve people a lot closer to Joe Biden than any cabinet appointee."

Dean also is tied to China through his position as chairman of the American Chamber of Commerce in the People’s Republic of China a number of years ago.