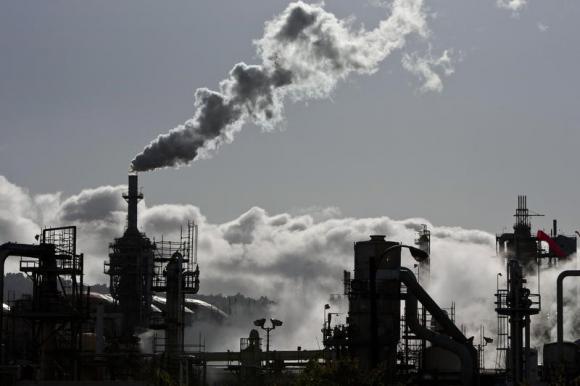 ExxonMobil announced this week that it would begin reporting so-called “Scope 3” emissions, per the demands of climate activists masquerading as company investors.

Climate activists have developed a special nomenclature in their war against corporations and their emissions. Scope 1 emissions are what’s emitted by a company in the direct production of its products. In the case of ExxonMobil, this means emissions associated with drilling, refining, and transportation of its petroleum products.

Focusing on these emission streams, activists hope to pressure companies on climate, often by trying to force alignment of a company’s various emission streams with the goals of the Paris Climate Agreement. Companies like ExxonMobil are unfortunately playing along. By agreeing to report Scope 3 emissions, ExxonMobil has in effect made its own customers’ use of its products into a problem.

None of this makes any sense.

First, the Paris Climate Agreement is superficially a non-binding agreement between nations to reduce emissions by an undetermined amount so as to limit manmade global warming by between 1.5 ºC and 2 ºC. The Paris agreement not only doesn’t include any corporate signatories; it also offers no hint as to what aligning national, let alone corporate, emissions with the agreement’s goals might mean.

ExxonMobil, for example, produced 1.4 billion barrels of oil in 2018. When this oil was burned by customers, about 588 million tons of carbon dioxide (CO2) were released. In 2018, the world population emitted about 53.5 billion tons of CO2, meaning that ExxonMobil’s customers accounted for about 1.1% of total manmade emissions in 2018. So ExxonMobil could stop selling oil and gas altogether without making any meaningful impact on achieving the goals of the Paris Climate Agreement.

Are climate-change activists stacking the deck against emissions?
99% (214 Votes)
1% (2 Votes)

Next, reporting Scope 3 emissions is redundant, if not silly. ExxonMobil, for example, already reports the amount of oil it produces and sells every year. Every barrel of oil, when burned, is worth about 0.42 tons of CO2. It isn’t clear why special reporting is needed to multiply the number of barrels sold by 0.42 tons of CO2 per barrel.

Further, let’s say that the Ford Motor Company is also pressured into reporting its Scope 3 emissions – i.e., its customers’ emissions from driving Ford cars and trucks. Given that oil companies have already been persuaded to report Scope 3 emissions, Ford’s Scope 3 emissions will be redundant or double-counted. Just who is the real “owner” of those driver emissions?

Scope 3 has accounting problems, too. Take the case of Apple. How will Apple report its Scope 3 emissions since, when it comes to charging and using devices, Apple customers in coal-powered China leave a distinctly different CO2 footprint than those living in almost coal-free California? Will Apple have to figure out the electricity-generation mixes its customers use?

Sticking with Apple, what happens when Africa – where 600 million people currently lack either reliable electricity or any electricity – comes on line and buys more Apple products? Will Apple be Scope 3 emissions-shamed because more human beings are using more of its products?

Large western corporations may be coerced into reporting Scope 3 emissions, but it will likely be a different story for a large majority of the global economy, including firms in China and India that do business largely outside the reach of green activists.

Finally, Scope 3 emissions reporting intrudes on, and perverts, the corporate-customer relationship. In the normal course of things, businesses aim to sell all the product that customers want at whatever price customers will bear. ExxonMobil CEO Darren Woods told shareholders at last year’s meeting that the company intended to sell its customers as much oil as they wanted to buy. That’s how business generally works.

But Scope 3 reporting encourages businesses to sell less product – and for presumably more money. Faced with higher prices, customers will buy less, with all the negative economic consequences one would expect.

Green activists don’t care about this economic effect because their goal is entirely different – they look to impose their political will on economies and on society at large. Pressuring image-conscious global corporations is one way to advance that effort.

Steve Milloy publishes JunkScience.com, served on the Trump EPA transition team, and is the author of “Scare Pollution: Why and How to Fix the EPA.”