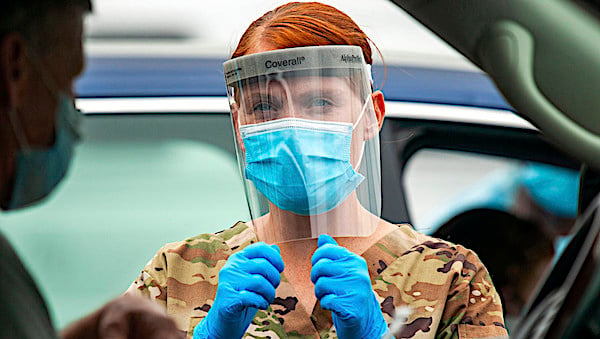 “At long last, we have the bipartisan breakthrough the country has needed,” Senate Majority Leader McConnell said Sunday on the Senate floor. “I hope we can do this as promptly as possible.”

A compromise was reached late Saturday between Senate Minority Leader Chuck Schumer and Pennsylvania Sen. Pat Toomey, who had sought to end the Fed’s emergency lending programs that were created via the CARES Act’s passage in March. Though congressional leaders touted the agreement, it came to be after months of partisan gridlock stemming from disagreements over the bill’s size and scope.

Though an agreement was reached, the bill’s text has yet to be released. House Majority Leader Steny Hoyer said on a House conference call that they should expect a Monday vote, and the Senate should vote on the bill shortly after, though McConnell declined to provide a timeline when asked by reporters, Politico reported.

Congress also hopes to tie a $1.4 trillion bill that funds the government through September 2021 to the relief package after passing two stopgap bills in the past nine days. The House is expected to pass a one-day stopgap bill to fund the government through Monday and then consider a week-long stopgap to give the Senate more time to pass the relief package before they depart for the holidays.

Following the compromise, senators expressed a sense of relief that a deal was reached before the holidays and a possible government shutdown.

“The great news is that Congress is not going to be the Grinch,” said Virginia Democratic Sen. Mark Warner on ABC’s “This Week” Sunday. “We’re going to get this package done.”

His comments were echoed by Utah Sen. Mitt Romney, who said on CNN’s “State of the Union” that Congress resolved its biggest dispute Saturday night and that the bill “is going to get done,” adding that he played a central role in dissolving the dispute between Toomey and Senate Democrats.

“It should have happened a long time ago… but it’s going to get done before Christmas,” he said.

In addition to the $600 relief checks, the bill includes weekly $300 unemployment checks, over $300 billion in relief for small businesses and substantial sums of money for schools, hospitals, and vaccine distribution networks.

Several senators supported a bipartisan effort led by Missouri Republican Sen. Josh Hawley and Vermont Democratic Sen. Bernie Sanders that called for $1,200 relief checks instead of the $600 proposed. Both earlier floated objecting to any funding bill that did not include substantial direct relief. Their push gained the support of President Donald Trump, who early Sunday called on lawmakers to increase the amount of money Americans receive.

Their push was ultimately blocked two separate times Friday by Wisconsin Sen. Ron Johnson, who said that he was concerned about the relief bill’s size and the impact that it could have on the national debt.