An Alabama House Republican has promised to challenge the election results of the 2020 presidential campaign in Congress.

"This election was stolen by the socialists engaging in extraordinary voter fraud and election-theft measures," said Rep. Mo Brooks.

"In my judgment, if only lawful votes by eligible American citizens were cast, Donald Trump won the Electoral College by a significant margin, and Congress's certification should reflect that," he said.

The Washington Examiner explained that at least one lawmaker in the House and Senate needs to object on Jan. 6 for the joint session of Congress to split up and consider any challenges.

Brooks told Politico that he already has had "indirect" discussion with senators about the plan. 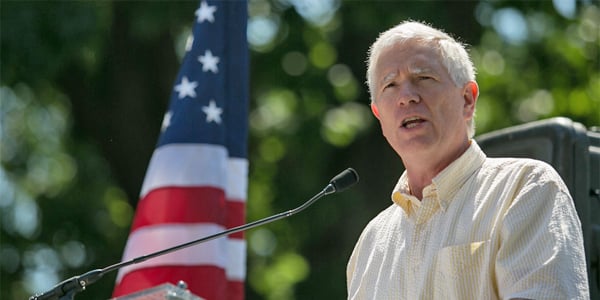 The establishment media has called the election for Joe Biden, assessing he will get 306 Electoral College votes, surpassing the 270 needed to win.

President Trump is challenging the outcome in battleground states and some Republican state lawmakers are moving to withhold their states' votes. The U.S. Constitution gives state legislatures the authority to select the electors to the Electoral College.

If neither candidate has the 270 majority when the Electoral College meets Dec. 14, the Constitution provides that the U.S. House elects the president, with each state getting one vote.

Congress is to hold a joint session Jan. 6 to certify the vote.

The Examiner noted House Democrats in 2001 and in 2017 objected to certification of the vote, but no senators joined them.

Brooks said he would still proceed with his objection, even if he is unable to find a Senate ally.