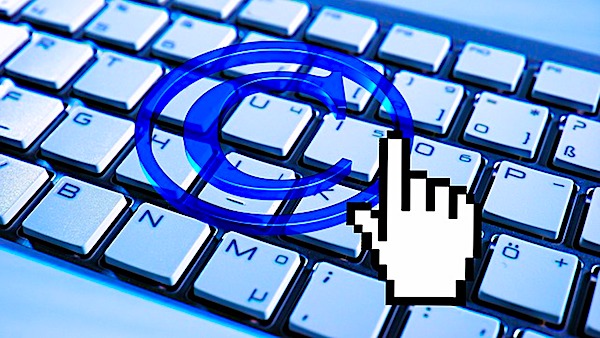 This article was made possible in part by my ability to cite, with attribution, the ideas of others as expressed in original phrases. If I had copied these statements without crediting the authors, I would have submitted the entirety of the article as my own. That would be plagiarism. And if I had used the phrase, “I think of all the education that I've missed. But then my homework was never quite like this!” to anchor the rest of this article without citing Van Halen, that would be copyright infringement. Arguing that the lyrics for “Hot for Teacher” was necessary to my writing this piece would not have change that fact.

In October this year, the Supreme Court of the United States (SCOTUS) heard oral arguments in the copyright case Google LLC v. Oracle America Inc. about whether such plagiarism is legal as long as the key phrases are lines of computer code. Google is seeking to overturn a Federal Appellate court ruling that copying Oracle API code (or any other copyrighted software) because it was necessary for creating its Android platform is not “fair use” of someone else’s writing. Judge Kathleen O’Malley of the U.S. Court of Appeals for the Federal Circuit wrote: “There is nothing fair about taking a copyrighted work verbatim and using it for the same purpose and function as the original in a competing platform.”

The Court of Appeals determined that Google used its copying of Java as part of a licensing scheme to attract programmers while simultaneously commercializing the platform. As the court noted: “Google elected to “[d]o Java anyway and defend [its] decision, perhaps making enemies along the way.”

Reversing this decision would cause actual and potential harm to the emerging market for health care data analysis, and be detrimental to digital health innovation (e.g., biosensors, new imaging tools, mobile device laboratory capabilities, end-to-end digital clinical trials, telemedicine, video game prescriptions, and other developing technologies). Nothing would prevent Google – or any company – from copying as much code as needed from any number of health care software developers and tacking it on. Oracle was the first target because it was ubiquitous and allowed Google to substantially reduce the transaction costs associated of signing up third-party developers.

Rather than defend its infringement on the merits of the case, Google is now using the argument that the Supreme Court should overturn the Appellate Court decision because the 7th Amendment.

The SCOTUSBLOG noted that “the Supreme Court in May (several months after the original briefs were filed) called for short additional briefs from the parties discussing the standard of review for the fair-use verdict, including how the Seventh Amendment might apply to this case. The Seventh Amendment generally requires that a jury resolve factual questions in civil litigation and precludes courts from stepping in to overturn factual determinations that fall within the appropriate province of the jury.”

In other words (mine), Google wants the Supreme Court to rule that the Appellate Court was wrong in overturning the decision of a jury trial in Federal District Court that decided Google’s appropriation of code was fair use.

If the Supreme Court reverses the fair use standard applied by the Appeals Court, it will make it easier to simply appropriate and reuse ideas that others have invested time and money to create. A decision that will be devastating to health care innovation at a time when telehealth technologies are critical to combating the COVID-19 pandemic.

If SCOTUS decides to overturn the Appeals Court, it will redefine fair use. The new-found fair use standard will be: I can copy anything I think necessary to my work and to the extent possible that I deem it necessary. I am not a legal scholar but I don’t have to be one to know that such a standard would make plagiarism commonplace and make ownership – the foundation upon which sharing of ideas rests — more difficult and costly to secure. But until the Court rules otherwise, please cite my article with attribution!

Robert Goldberg is Vice President at the Center for Medicine in the Public Interest and co-cost of the Patients Rising podcast.