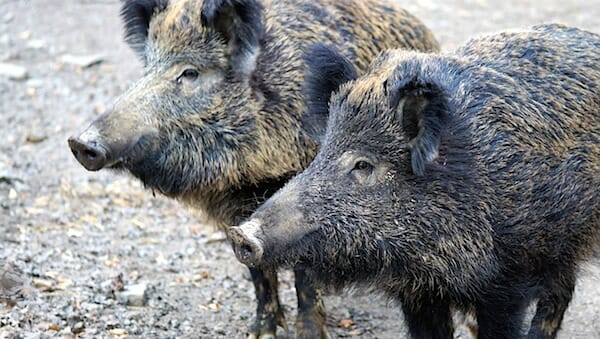 Among the handouts in the $900 billion stimulus bill that ostensibly is to help American survive the impact of the coronavirus lockdowns is $10 million devoted to "gender programs."

And that's for Pakistan, not for American citizens.

On the Senate floor Monday, Sen. Rand Paul, R-Ky., chastised his colleagues for supporting the 5,590-page spending bill, which was hammered out at the 11th hour behind closed doors Sunday night and passed Monday. It's now in the hands of President Trump.

"To so-called conservatives who are quick to identify the socialism of Democrats: If you vote for this spending monstrosity, you are no better," Paul said.

The bill also included $4 billion dollars to New York City’s Metropolitan Transportation Authority, and there is funding to help determine the successor to the Dalai Lama in Tibet.

Grabien Media founder and editor Tom Elliott noted $193 million has been set aside for federal HIV/AIDS workers to buy cars while stationed overseas and $40 million for the Kennedy Center.

Funding, he reported via Twitter, also will go to:

And, while 17.8 Americans remain jobless, it will allow federal bureaucrats to import more foreign workers to take blue-collar jobs in the United States, Breitbart News reported.

Paul was one of only six senators who voted against it. The others were Republican Sens. Marsha Blackburn of Tennessee, Rick Scott of Florida, Ron Johnson of Wisconsin, Mike Lee of Utah and Ted Cruz of Texas.

Cruz told Houston's KTRK-TV he voted no because of the pork barrel spending.

"Had this bill been solely focused on re-opening the economy, getting Americans back to work, and jump starting a recovery, it would have had my enthusiastic support," he said.

His Texas colleague, Republican Sen. John Cornyn, said he supported the bill, saying it "won't erase all financial uncertainty, but it will go a long way to provide help."

"I appreciate the work of our colleagues who fought for a deal that will help so many during this next phase of our fight," he said.

Folks! The bill is on the move! pic.twitter.com/AYTztVZaYA

Sen. Lindsey Graham, R-S.C., also voted for the bill, but he argued such spending will be much worse of Republicans lose the Senate in the two Jan. 5 Georgia runoff elections.

"The bottom line is they wanted $3 trillion for the pandemic last year. We wound up with $900 billion," he said Tuesday on "Fox & Friends." "You could have gotten this package in July, Mitch McConnell’s right about that. They refused to even talk to us before the election because they thought a relief package would help President Trump.

"If you think this bill is bad, lose Georgia and see what happens," he said.

He defended the Pakistan funding, noting there are 85 countries where a woman can't open up a bank account without her husband's signature and can't inherit property.

"If you’re a young girl in Pakistan, life is pretty tough, so we're trying to make life better for women throughout the world," he said.

Small businesses will be eligible for another round of Paycheck Protection Program loans.

Treasury Secretary Steven Mnuchin said Monday on CNBC that the stimulus checks could start reaching people's bank accounts as early as next week.

In a speech in Wilmington, Delaware, on Tuesday, Joe Biden said there will be another stimulus bill in 2021 that will include stimulus checks for individuals.

"This is an emergency, we need a second bill to continue dealing with the emergency and to start stimulating our economy so we get back to where we were and that will be job number one in the new Biden administration."

Matthew Dickerson of the Heritage Foundation noted Monday in a column for the Daily Signal that the bill was developed behind closed doors at the 11th hour in violation of the House's "72-hour rule."

When President Trump signed the fiscal year 2018 omnibus spending bill, he told Congress he would "never sign another bill like this again."

"I'm not going to do it again. Nobody read it. It's only hours old. Some people don’t even know what is in — $1.3 trillion — it's the second largest ever," the president said.

Dickerson, director of the Grover M. Hermann Center for the Federal Budget at the Heritage Foundation, pointed out that for the next two years, Congress complied, breaking up full-year spending bills into multiple packages.

But Congress now is back to its old ways, he said, packaging all 12 of the regular appropriation bills into an all-or-nothing omnibus package.

In addition, there are "thousands of pages of extraneous provisions that have little to do with government funding and should be considered separately on their own merits."

Politico reported congressional leaders "are preparing the second-largest federal rescue package in our nation’s history, and no one has seen it just days before it will get a vote."

"All of the power is centralized among four people and their aides."

Dickerson, noting the House's rule of allowing 72 hours between completion of the hill and a vote was violated, said "it may come as no surprise that the rules are selectively enforced."

Among the problems the Heritage Foundation found in its assessment: