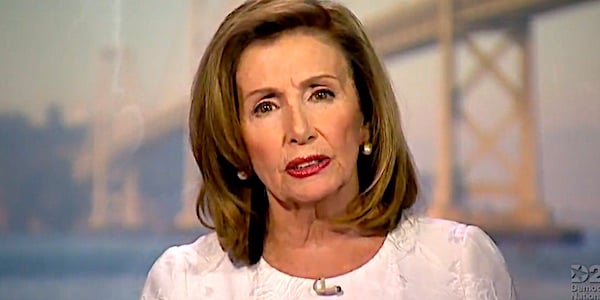 There's a new "wild card" with COVID-19 and it's worrying some Democrats in the U.S. House. Because although they still have a very slim majority and should be able to elect their own choice, Rep. Nancy Pelosi, D-Calif., to be House speaker, that's not assured.

Several issues have arisen, including the huge GOP gains in the House in the November election. That's reduced the Democrat majority significantly. And then Joe Biden has tapped a couple of Democrats from the House for his administration.

That means a Pelosi speakership, which lost 15 Democrat defectors in the vote just two years ago, can't survive that again.

And, lawmakers will be required to be present on the House floor to vote for speaker, an event scheduled in just days. And multiple members have been diagnosed with COVID-19.

According to a report in the Hill, "The combination of factors creates the chance that Democrats could face a dilemma on Jan. 3 in which Pelosi locks up the Democratic support to remain speaker, but coronavirus concerns — illnesses, quarantines or otherwise — prevent a sufficient number of them from being in the Capitol to log their votes."

"A failure of Pelosi to secure support from half the voting members would, at the very least, throw the process into chaos. In the Democrats’ nightmare scenario, the math could tilt so far in the Republicans’ favor that it yields a GOP speaker."

It was Rep. John Yarmuth, D-Ky., who speculated about a Pelosi loss to the Hill.

"Let's say, just theoretically, we had six or eight people out with Covid and the Republicans have none. They probably could elect [Kevin] McCarthy," he said.

Another five House members tested positive this week, bringing the total to 35 so far.

"With that in mind, Pelosi’s supporters say it’s an outbreak over the holidays — not Democratic detractors — that poses the single greatest threat to Pelosi’s otherwise-expected speakership victory," the report said.

One Pelosi ally who spoke to the Hill anonymously, warned, "We're in a health care crisis, right? No one can get sick. That's the X-factor here. We need everyone to be healthy. ... That's the big fear."

The situation for Pelosi is made worse because, although during the pandemic special Democrat rules have allowed members to vote by proxy, that special accommodation expires with the new Congress, whose members are sworn in before the vote for the speaker.

Right now, Democrats are expected to have only 222 seats, and "at least three moderate members of the caucus are already on record saying they don't intend to vote for Pelosi on Jan. 3: Reps. Conor Lamb (Pa.), Jared Golden (Maine) and Elissa Slotkin (Mich.)," the Hill reported.

That means a Pelosi nomination could have 219 votes. Two hundred eighteen normally wins any vote in the House, but the speakership will be the winner from among those present for the vote.

"COVID is a wild card," Rep. Hank Johnson, D-Ga., told the Hill. "If we have sick members who cannot come back, and we only have a four-vote majority, it throws our entire advent of the 117th Congress in peril — a smooth advent."

At PJMedia, a report explained "Democrats are panicking."

"It would only take a small number of Democrats being exposed to COVID-19 prior to the vote for Pelosi to potentially be in trouble," the report said.

WND reported only days ago that a majority of registered voters want someone aside from Pelosi to be the speaker of the U.S. House.

Even among members of her own party, a bare majority of 53% say she should stay in the powerful post, which is third in line for the presidency, according to the Morning Consult/Politico poll.

"House Democrats' underperformance in the 2020 elections leaves Speaker Nancy Pelosi with little breathing room for the chamber's January vote to decide whether she retains the gavel in the 117th Congress," Morning Consult said.

Among all voters, 56% said Democrats should find a new leader.

Pelosi has been criticized by members of her party for her rejection of numerous coronavirus-relief proposals prior to the election. Now that Biden is the presumed president-elect, she's willing to sign off on a smaller plan.

Also, a crop of newcomers to the House has been critical of Pelosi. Progressive Rep. Alexandria Ocasio-Cortez of New York said that it was time for Pelosi to step aside.