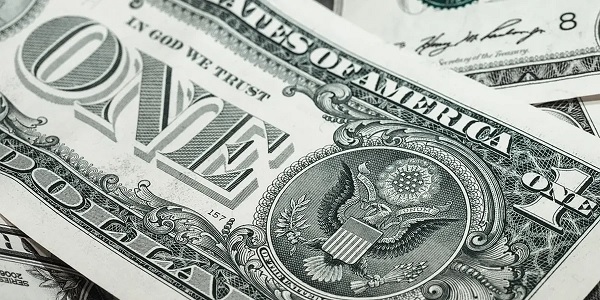 Americans take it for granted that they can continue to enjoy one of the highest standards of living in the world. And with the Dow at 30,000, why worry?

When asked to list major economic problems, Americans are most likely to cite income inequality at the top of the list. That issue dominated this year’s debates among Democrat Party presidential hopefuls. The perceived problem is unfairness in sharing the national wealth. It is assumed that somehow the hidden machine that produces national wealth will continue to function on its own. The golden goose will keep laying eggs; thus, we need to spread more around for everyone.

The reality that the incoming Biden administration will confront is that our trajectory is not sustainable. Today’s concerns about redistributing wealth will give way to worries about how to create wealth in the first place.

The most telling piece of data published over the last 12 months appeared last week, without attracting any comment: for the first time on record, the U.S. dollar no longer was the dominant currency in international payments, according to the Society for Worldwide Interbank Financial Telecommunication (SWIFT). More transactions were conducted in euros. Eventually, China’s RMB will challenge the dollar as well.

This matters because the dollar’s status as the main global-reserve currency gives the U.S. trillions of dollars of cheap loans from the rest of the world. Central banks held $7 trillion in dollar reserves as of June 30, 2020, mostly invested in U.S. Treasury securities, and private companies hold many trillions more to pay for trade in goods and services.

That’s why the U.S. can run a current account deficit of nearly $700 billion a year without economic damage. But markets are warning us that the dollar’s dominance won’t last forever.

We have been coasting on the momentum of our World War II and Cold War victories. We can’t do it forever.

The foundation for the modern American economy in the late nineteenth century was our remarkable ability to mass-produce products that most Americans could afford.

After World War II, the U.S. became the world’s factory because its major competitors were either exhausted (the U.K.) or demolished (Germany and Japan). Then the invention of the transistor in 1947 at Bell Labs marked the beginning of the digital age. A combination of government and private money financed a whole array of digital products in combination with new software.

Private capital produced many innovations, like color television at RCA, but government backing also made possible many new technologies that created huge industries.

During World War II, the first digital computers were developed with government funding, and IBM led the world in the commercialization of large computer systems – with the help of government money. The Burroughs Corporation, once a manufacturer of mechanical calculators, supplied the highly complex computers for the Atlas intercontinental missile system in the 1960s. This led to the development of small commercial computers by new companies like DEC.

The American space program gave impetus for new technologies in materials, computers, and communications. For example, the need for much faster, energy-efficient computers led to the development (again, with government funding) at RCA of the CMOS chip technology architecture still in use globally. RCA also invented flat panel computer displays to replace bulky vacuum tubes in space applications.

The government also funded academic research that led to the creation of commercial products. Stanford University and the University of California became leading centers in semiconductor research, where future industrial leaders were trained. This was the genesis of Silicon Valley. The development of new technologies enabled the founding of many companies mostly financed with private venture capital. Of these, many became industry leaders, such as Intel.

The U.S. was the center of the global electronics industry in the 1980s. But Asia learned from us, and Asian governments subsidized new high-tech companies of their own, such as TSMC in Taiwan and Samsung in South Korea, which licensed American technology and then developed their own. And for American firms, lower-cost labor made overseas factories attractive.

By 2000, the U.S. imported more high-technology products than it exported for the first time. Whole industries such as consumer electronics and telecommunications equipment have disappeared domestically, and less than 10 percent of semiconductor fabrication remains domestic.

The first victim of the high-tech industry exodus is innovation. New high-growth industries tend to emerge from existing ones. As industries disappear domestically, innovations by U.S. researchers are translated into foreign products, adding to the trade deficit.

It isn’t that Americans have stopped innovating – it’s that the most creative people are focusing their energy on service or software entrepreneurship, just as they focused on financial engineering during the 2000s. As a result, the U.S. remains the world leader in service industries, and Amazon.com, Google, Microsoft, and Facebook are among the world’s most valuable companies, trading in public markets at huge valuations.

But critical infrastructure industries like telecommunications equipment and semiconductors are decisive for America’s competitive position. The ability to manage and secure growing amounts of data relies on computing and communications systems, which require, in turn, ever more sophisticated semiconductor chips – as does the power of the artificial intelligence software that will increasingly determine the value of many industrial and consumer systems. With chip technology controlled overseas, we lose a key element in building competitive systems. We see this already with revolutionary new 5G wireless technology, now led by Huawei, a Chinese company that has no U.S. competitors.

As American innovation fades, so will the attractiveness of the United States as a destination for capital. Our deficits will become unsustainable.

What should we do? In the past, a complex partnership between government, industry, and academia powered innovations from concept to market. This was the engine behind American economic leadership and national wealth.

To restore that lost momentum, we need a national technology-investment program focused on key infrastructure industries. Such a program, akin to the space program in national visibility, should involve government funding, research resources, and private capital to build technological leadership in key industries domestically. Private capital alone won’t do it because international competition is driven by government investment. We live in an increasingly competitive world, and the race goes to the swift, smart – and well-funded. If we lose, our defeat will be reflected in a shrinking national economy and declining standard of living. The golden goose will relocate.

Dr. Henry Kressel is a technologist, inventor and private equity investor. His most recent book (with Norman Winarsky) is If You Really Want to Change The World: A guide to creating and sustaining breakthrough ventures (Harvard Business Review Press, 2015). David P. Goldman is Deputy Editor of Asia Times and author of You Will Be Assimilated: China’s Plan to Sino-Form the World (Bombardier Books).