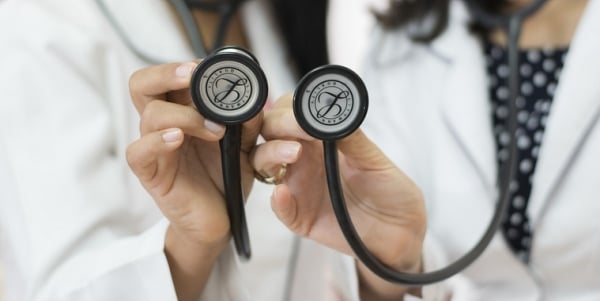 With President-elect Biden setting up his team and preparing his luggage for a 4-year stay at 1600 Pennsylvania Ave it is important to look not just at the policies that he is likely to pursue but also at the ideas behind those policies. And one of the issues at the top of his list is certain to be health care. While it is not yet known whether he will merely pursue a public option – or a single-payer solution, both directions ignore the patient-physician relationship.

While a President Biden might not be as far afield politically as some of his peers on the left like Sen. Bernie Sanders or Rep. Alexandria Ocasio-Cortez (D-N.Y.), some of his advisers have taken some grim stances. For instance, in 2009 then-Vice President Biden’s health care advisor Ezekiel Emmanuel wrote an article “Principles for allocation of scarce medical interventions” that spells out exactly how a government-controlled health care system would allocate limited medical resources.

While nowhere in the article does Emmanuel attempt to justify why government bureaucrats have the right to control health care, making life and death decisions for its citizens; it is just simply assumed by the author. Armed with the implicit authority, he proposes an age-based distribution of health care resources. The graphical depiction of which is menacingly termed “The Reaper Curve.”

This hypothetical allocation of medical resources unabashedly justifies itself based on how valuable a person is to society—a measurement based on their productivity versus health care cost. As the Reaper Curve demonstrates, if you live past 55 years of age, health care resources will become increasingly hard to get as your perceived productivity as a worker diminishes. This resource allocation would make perfect sense if applied to non-human worker drones. You would not spend more and more money to repair aging automobile tires, assembly line machinery, or vacuum cleaner belts, for example. Applied to real, living humans? It is an Orwellian dystopia!

This flippant disregard for the humanity of the elderly was summed up when, in 2009, President Obama suggested an elderly person who needs surgery should instead just take a “painkiller.” Outlive your usefulness and it is to the trash heap with you.

As unbelievable as that may seem to our American sensibilities, more horrific is the scarcity of resources allocated to babies. Emmanuel justifies this barbarism by citing the fact that society has not “invested” resources into the education or “care” of infants and parents have not invested emotional resources into them. Therefore, society should not prioritize resources to continue their unloved lives. Welcome to the world little baby.

The common theme of these two extremes is that the value of human life is based on its value to society instead of precious in and of itself. This may be rational when working on widgets or robotic worker drones but is ghastly when applied to humanity.

Sadly, acceptance of these levels of dehumanization can be learned. This was demonstrated when a Canadian patient told me that her uncle died unnecessarily due to long delays accessing care. To my surprise, when I expressed sympathy, she coldly stated, “It’s okay. We know there aren’t enough (health care) resources to save everyone.” I was flabbergasted. Not at the truth of the statement but its acceptance.

The real tragedy though, is that there are solutions. Dean Clancy recently produced the Personal Option plan. A few years ago, Dr. John Goodman working with Rep. Pete Sessions (R-TX) produced a plan full of big ideas. And of course, the health care market itself has been innovating by just opting out of controlled health care markets. We do not need government bureaucrats in our exam rooms—when we allow patients and doctors to work together, health care costs can be lower, quality higher, and access to care constant.

Dr. Chad Savage is the founder of YourChoice Direct Care in Brighton, Michigan