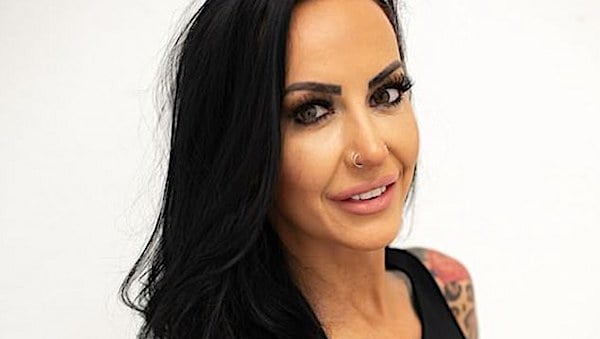 An Oregon woman and her salon corporation have filed a lawsuit seeking $100,000 in damages against Gov. Kate Brown and various other state officials for the governor's decision to sic social services on her and allegedly threaten to remove her children from home because she kept her business open during the coronavirus-pandemic lockdown.

The burdens were the officials' reaction to the COVID-19 pandemic.

The "sudden, irrational, draconian, and irresponsible orders" from Brown claimed the moves were needed to protect the public's health, the filing said. "In fact, by shutting down private businesses, which in turn caused Oregonians to lose their jobs and their ability to support their families, caused greater negative health effects on Oregonians in the form of increased stress, anxiety and depression."

"Oregonians who do not live off the public dole (like the individually named defendants) were suddenly forced to worry about how they would support themselves and their loved ones."

The government defendants, including Brown, "remained comfortable, collecting a paycheck on the backs of the very people who were losing their jobs, careers and businesses."

"Kate Brown even lives in a mansion paid for by the taxpayers of Oregon…" the case explains.

When Graham decided, after weeks of living under Brown's "repressive regime," to reopen her salon so that she and other hair stylists could support their families, she became a "target" of the defendants, it states.

"The government has used the fear of pandemic as an excuse to trample on the rights of Oregonians over the last several of months. While the government has broad authority to take steps to protect the general public, that authority must be balanced against the individual liberties protected by the United States and Oregon Constitutions. If the government can avoid the 'inconvenience' of respecting the constitutional rights of individuals by simply declaring the existence of a 'public health emergency', then the rights guaranteed by the United States and Oregon Constitutions are nothing more than wasted ink on an old piece of paper."

After an initial barrage from the state's health and safety agency, and a $14,000 fine for operating an allegedly unsafe facility, Fox reported, Graham's family was "terrorized" by the governor.

That was because of threats to place Lindsey's children under the care of Child Protective Services, she said.

"She terrorized myself, she terrorized my stylists, and she terrorized my family. She took every government agency she could, and she put her full weight into intimidating me into closing, including sending Child Protective Services to my home and threatening the removal of my children," she explained.

The state agency, she charged, "opened a full-blown case against me which was completely bogus and unwarranted, and it didn't come until I shot back at them with the threat of a lawsuit," Graham said.

The CPS showed up at Graham's home three days after she reopened her salon.

The filing states that the state Department of Human Services, Child Welfare Division fabricated an "alleged complaint" about Graham that was "so outrageous, so ridiculous, so unbelievable … no rational person could have actually believed the allegations."

Despite the fact that no one witnessed anyone doing anything wrong, the state investigated it as a matter of life-or-death urgency, the claim states.

Graham also alleges Brown does not have the authority to close private businesses that can demonstrate they can operate safely and adhere to the requirements the government requires.

The filing states, "Plaintiffs are entitled to a declaration that defendant Kate Brown and defendant State of Oregon's actions … violated the plaintiffs' most basic rights to equal protection of the laws in violation of the United States Constitution. There is no rational basis for the … treatment."