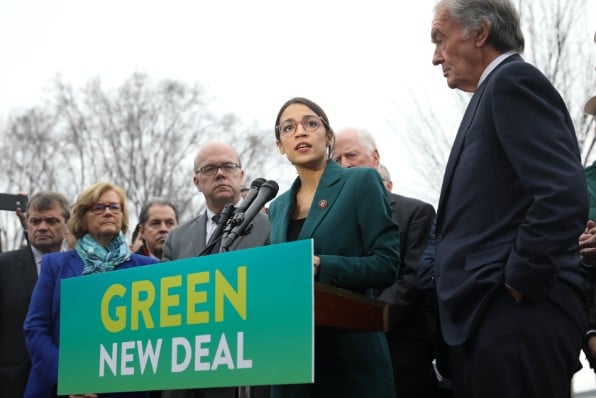 Fighting the radical left will be a top goal of the largest conservative caucus in Congress, the incoming chairman of the Republican Study Committee says.

“Rarely do Republicans fight back,” Rep. Jim Banks, R-Ind., said Tuesday night in a speech to The Heritage Foundation’s annual President’s Club meeting, held virtually because of the pandemic.

“And that’s what I want to do with Republican Study Committee more than ever over the next couple of years, is to fight back against the radical left. This Democrat Party … is not the Democrat Party of my dad or my grandma.”

The President’s Club meeting featured scholars and experts from the prominent think tank as well as leaders in the conservative movement including Sen. Mike Lee, R-Utah, and Sen. Marsha Blackburn, R-Tenn., in addition to Banks.

Banks, elected unanimously Nov. 19 as chairman of the RSC, said the caucus will work against what he called the “fringe, left-wing, dangerous, radical Democrat Party.”

One main priority, the Indiana Republican said, will be “continuing the fight to hold China accountable” on issues from national security to COVID-19 to fair trade.

“President Trump has made the Republican Party the party of holding China accountable [and] I promise you, the RSC will be in that fight for the two years that I’m the chairman,” Banks said.

Another of the committee’s top priorities, Banks said, is to work to protect the Hyde Amendment, which prohibits the use of federal funds for most elective abortions. The measure is named for the late Rep. Henry Hyde, R-Ill., who proposed the amendment first adopted in 1976.

The incoming chairman of the House Appropriations Committee, Rep. Rosa DeLauro, D-Conn., has said she wants to do away with the Hyde Amendment.

“One of the very first issues that we’re going to fight out of the gate is to protect the Hyde Amendment, [which] is no longer a bipartisan issue,” Banks said.

He noted that two Democratic presidents, Jimmy Carter and Bill Clinton, supported the Hyde Amendment–as did Joe Biden as a Democratic senator from Delaware.

Banks said the RSC also “will be on the front lines protecting strong defense budgets, Trump-era budgets” and fighting as “Democrats try to try to strip defense spending, our resources, traditional legacy issues, and fiscal responsibility and balanced budgets.”

The Republican Study Committee will lead by showing Congress and the American people how the government can spend responsibly, he said.