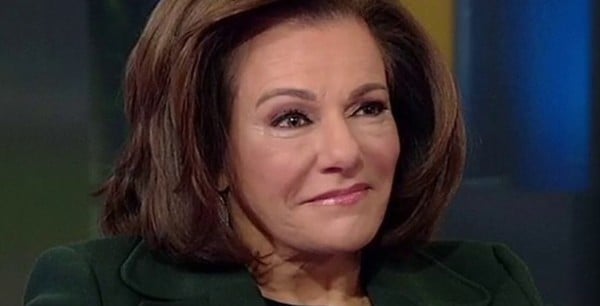 Not even an administration assembled by Joe Biden can "screw up" the Abraham Accords brokered by President Trump and his administration, says a former deputy national security adviser.

K.T. McFarland said in an interview with Fox News on Sunday, regarding the peace deals put together by the Trump administration and involving Israel and several of its Arab neighbors, "I don't think even the Biden administration can screw that one up."

The deals are called the Abraham Accords and, so far, Morocco, Bahrain, Sudan and the United Arab Emirates have reached agreements to normalize relations with Israel.

McFarland said in the Fox interview, "In the Middle East particularly, I mean this is a significant achievement, that we really don't even know how good this is more because more countries are joining."

She continued, "It's the first peace agreement between Israel and Arabs in not just 10 or 20, it's like a couple of thousand years. What President Trump has done, as everybody was paying attention elsewhere, he was able to craft an agreement and convince the Arabs that their only sort of prosperity platform, the only way they could get to peace and prosperity, was by having a peace agreement with Israel."

WND reported just days ago on a new development in the Middle East, following the Trump-sponsored peace plans.

The Middle East Media Research Institute reported that because of the peace deals, Palestinian officials want to restart the negotiations with Israel and renew security and civilian coordination.

Also, they have ceased their attacks on the Arab countries that have normalized relations with Israel, MEMRI reported.

MEMRI said the PA's opposition to negotiations with Israel produced a "deep political and economic crisis" that led to the suspension of American aid, the termination of the Oslo Accords and all ties with Israel. Funding has been so tight the PA's employees have not been getting full pay.

"The Arab media, and especially the Palestinian media, directed harsh criticism at the PA, accusing it of lacking political vision and of taking a hardline stance that is ineffective and undermines the wellbeing of its citizens. It appears that the election of Biden provided the PA with a way out of the crisis and an opportunity to renew the contacts with Israel."

President Trump's plan for the Middle East involved going directly to Israel's Arab neighbors, and bypassing the Palestinians, who long have been an obstruction for any peace plans.

MEMRI said the "renewal of the civilian coordination with Israel enabled the PA to receive the tax revenues collected by Israel on its behalf, and for the time being Israel has apparently stopped deducting from these revenues the cost of the stipends paid by the PA to terrorists and their families. At the same time, the PA is seeking a way to continue paying these stipends while avoiding Israeli and American sanctions. So far, it seems to be eying administrative measures aimed at disguising the payments and deceiving Israel and the West, who oppose them."

The affirmation that PA leadership now is ready to renew talks with Israel came right after the U.S. presidential election.

"In statements on November 4, 2020, one day after the election, PA President Mahmoud 'Abbas and Prime Minister Muhammad Shtayyeh stressed the Palestinian leadership's willingness to renew negotiations based on international law and under the auspices of the UN," the report said.

A short time later, PA Foreign Minister Riyad Al-Maliki said "the state of Palestine is willing to renew its contacts with the new U.S. administration, based on the initial contacts that have been recently made with it, and based on the stated position of the president- and vice president-elect."

And PA officials have stopped criticizing the nations that have made peace deals.

The criticism, the report said, likely was isolating the PA in the Arab world.

"This is not to say that the PA leadership has stopped expressing opposition to the agreements with Israel, but it is doing so through quiet diplomatic channels," the report said.

And the PA has renewed coordination with Israel on several issues, it said.

President Trump has been nominated for a Nobel prize based on his work on the agreements.

When the fourth deal came through, he said: "Another HISTORIC breakthrough today! Our two GREAT friends Israel and the Kingdom of Morocco have agreed to full diplomatic relations – a massive breakthrough for peace in the Middle East!"

Another HISTORIC breakthrough today! Our two GREAT friends Israel and the Kingdom of Morocco have agreed to full diplomatic relations – a massive breakthrough for peace in the Middle East!

"And it is America that is brokering these deals with Israel and these Muslim nations," he pointed out.