During a 2003 panel discussion on terrorism, the observation was made that, prior to 9/11, America failed to connect the dots leading up to that fateful day. In today's chaotic world, it is easy to miss isolated dots concerning issues we should be connecting. A story revealed just last week – a firsthand account by a most reliable source, Patrick Byrne, billionaire founder of the Internet furniture retailer Overstock.com – suggests we again have failed to do so.

Byrne's story is most disturbing. It details how Hillary Clinton received yet another "get out of jail card" for previously unknown criminal conduct swept under the rug – and the ominous reason why. His claim, when connected to other dots, lends credibility to his story.

Among the dots are the following:

With these dots in mind, the following post-election revelation shared by Byrne about Hillary and Barack connects them.

Not only does Byrne's reputation as a successful businessman give credibility to what he says, but so too does the fact he is by no means a Trump supporter – having voted for him neither in 2016 nor 2020. His story will be detailed in more detail in the long-awaited John Durham investigative report. Durham is the Department of Justice attorney assigned by Attorney General William Barr to investigate the origins of the FBI's investigation of contacts between the Trump campaign and Russian state agents.

In a recent bombshell interview, Byrne discusses "Operation Snow Globe." He says, "I facilitated a bribe for Hillary Clinton on January 14, 2016 … on behalf of the FBI." He claims the FBI came to him on Dec. 1, 2015, to disclose that Hillary had previously accepted a $20 million bribe from the Turkish government. They told Byrne they had authorization to set Hillary up in a sting and his services were needed to facilitate it. The sting involved an $18 million bribe from another government (ironically believed to be Russia). Byrne's mission was to get Hillary alone for 10 minutes in a room where that government's representative would meet with her. Hillary discreetly did so, making sure she kept the meeting off her official calendar, and accepted the bribe. Byrne says Attorney General William Barr knows about the sting operation as well as Durham.

What Byrne shared next was what made him go public with what he knows and how, after doing so, people will understand what has been going on in America.

Byrne says three days after the sting, the FBI came back and informed him he would have to forget about what happened. Inquiring why, he was told Hillary was clearly going to win the 2016 presidential election and when she did, she would send her own people over to the FBI to bury the evidence of her bribery. Anyone involved in the investigation would be destroyed, including Byrne. He was told the operation had been scrubbed at the highest level.

While Byrne initially accepted this decision, it did not sit well with him. Three weeks later, he made his frustrations known to the FBI. He said there was ample time before the election for him to appear before a grand jury to testify and for Hillary to be indicted. Again the FBI declined. But what they told him next, Byrne explains, is key to understanding what has been happening in America the past five years. He recounts being told the following:

"President Obama has his people across this federal bureaucracy at this point but especially the Department of Justice. Hillary is going to be president for eight years, and nothing is going to change that."

"… think of her (Hillary) being a Bunsen burner within the Department of Justice. That evidence about the two bribes … is going to be sitting on the Bunsen burner, and the hand on the Bunsen burner is going to be one of Barack Obama's people. If Hillary is a good girl and defends Obamacare, that flame stays low. If she's a bad girl and thinks for herself, it's going to get turned up high. That way Barack Obama is going to manage Hillary for the eight years she is president, and then she's going to step down and Michelle is going to run. … That's the plan. That came out of the lips of a federal agent. It was confirmed to me this spring that … plan was called Operation Snow Globe. That was Brennan and Obama's name for it. They were trying to get Hillary to step into a snow globe … that any time they wanted they could then pick it up and shake for eight years. My bribe was the bait to get her to step into the snow globe. …

"This isn't a theory. … I'm acknowledging I took part in all this. I thought I was helping them conduct federal law enforcement. It turned out that I was helping them set up Hillary Clinton for the Deep State to control her. … And so I'm saying, this entire thing, this last five years has been a coup from Obama against Hillary that when Trump won in a fluke, it got warped into the Russian collusion delusion. … I'm about as involved in this as you can get, and I promise you this is exactly what happened. And what we are seeing here is the last act to play out. …

"I knew in October 2018 that this was going to happen because in 2018 … a federal agent came to tell me, 'Patrick, you need to understand there are billionaires walking around this world that we made and we're prepared to do the same for you. You just have to stay calm. You have to stay quiet through the election.' And, by that election, I knew they meant the 2020 election. So I've known they were going to hijack this election since October of 2018."

Connecting the dots tells us Obama remained in Washington's "swamp" to play the role of a puppeteer. He counted on holding the strings of power for what he believed would be an additional 16-year run, courtesy of Hillary and Michelle – with Hillary a willing puppet due to the bribery charges hanging over her head. In view of Trump's election spoiling Obama's Plan A, does Obama's Plan B now involve using the 25th Amendment to remove Biden from office to get his preferred candidate, Kamala Harris, in? And, as far as Hillary's bribery not coming to light before Byrne's tell-all interview, one assumes a Deep State still influenced by Obama kept it buried. Meanwhile, Biden may unknowingly be serving as a puppet in all this – one controlled by master puppeteer Barack Obama. Others may recognize this as recently suggested by CNN reporter Jeff Zeleny's slip of the tongue comment during an interview with Wolf Blitzer, referring to Biden as "President-elect Joebama," before correcting himself.

Obama's comment suggesting he would "be fine" running the White House from his basement with an earpiece enabling him to communicate with "a front woman" takes on special meaning within the context Byrne has provided. If Byrne's allegations are truthful and/or if massive fraud was involved in the 2020 presidential election, sinister forces have been at work in the shadows to destroy our Republic!

No wonder Obama recently and brazenly declared Republicans to be a "minority party." After all, his actions have sought to make America a one-party system.

Content created by the WND News Center is available for re-publication without charge to any eligible news publisher that can provide a large audience. For licensing opportunities of our original content, please contact licensi[email protected].

Lt. Col. James Zumwalt
Lt. Col. James G. Zumwalt is a retired Marine infantry officer who served in the Vietnam war, the U.S. invasion of Panama and the first Gulf war. He is the author of three books on the Vietnam war, North Korea and Iran as well as hundreds of op-eds.
Father's Day at the Bidens
Nancy Pelosi's belief system sucks
On SCOTUS security, AOC is a hypocritical trauma queen
Biden's Chamberlainesque approach to Ukraine
Jan. 6 hearing broadcast is akin to Al Capone vault stunt
See more...

Are Democrats still the party of human bondage? 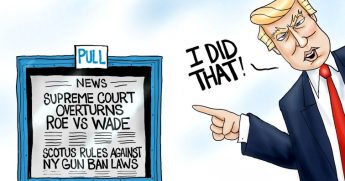 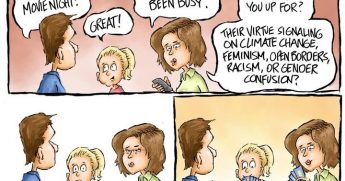