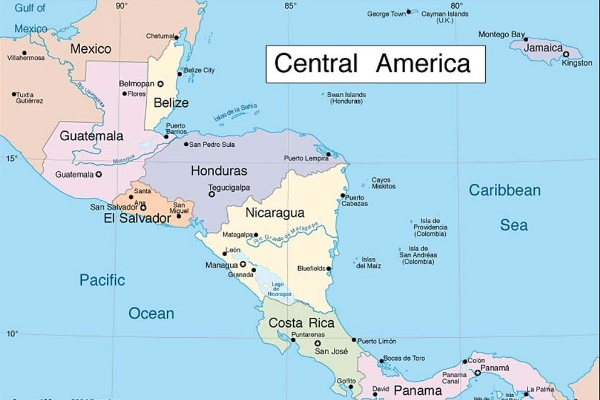 Central America was already struggling mightily under the weight of the pandemic. Back-to-back natural disasters may bring the region to the breaking point.

Hurricane Iota made landfall in late November just two weeks after Hurricane Eta caused widespread damage and displacement. First responders warned that the humanitarian toll would not quickly be understood. The region needs help now, but the incoming Biden administration will have to go even further once in office.

Central American nations are ill-prepared to contend with the challenges facing the region. Persistent lack of economic opportunity, weak institutions, insecurity and corruption inhibit sustainable development –– even without the pandemic and a hurricane season exacerbated by climate change. To confront this crisis, the United States must bring back a comprehensive approach to addressing Central America’s longstanding barriers to prosperity.

Migration to the United States from Central America is on the rise again, with the leaders of Honduras and Guatemala warning that combined climate and economic crises could drive further increases. Migration becomes a necessity as a result of policy failures both on the U.S. side and in the region itself. President-elect Joe Biden’s proposed strategy would address the push factors behind migration, taking on corruption, galvanizing private investment, and tackling security and economic development.

A comprehensive partnership with Central America will pay dividends for years to come. Without significant international investment led by the United States, the region will descend further into chaos, squandering the chance to bring supply chains back to the hemisphere and invest in Central America’s young workforce. The Biden administration will have to support structural reforms as part of a post-pandemic recovery–, especially with a rapidly closing demographic window.

Before the pandemic, Central American nations faced entrenched social, political, and economic problems. Inequality, institutional vulnerabilities, and endemic corruption have long hindered inclusive growth, and the deterioration of the rule of law has compounded the region’s economic woes.

The pandemic has devastated Central America’s already vulnerable economies. Though national recovery plans have deployed a range of measures with varying success, they have largely failed to reach the informal sector, which covers around 70% of Central America’s workforce. Fiscal resources to respond to the pandemic are running out, and some countries, like Costa Rica, are at historic deficit levels.

Short-term concerns are urgent, but prospects for regional recovery also require a strategy rooted in opportunities.

The pandemic has underscored the need to bring supply chains closer to home, both to increase certainty and resilience and to contend with the consequences of the U.S.-China trade war. As North American nations implement the United States-Mexico-Canada Agreement, existing trade relations with the United States and Europe can make Central America an attractive option for companies seeking to move their supply chains to the Western Hemisphere.

Central America also has a strong demographic advantage. The working-age population will continue to grow more quickly than the very old and very young for at least the next decade. We must seize this opportunity.

U.S. support for Central America is more critical than ever. Over the past four years, U.S. policy has focused on limiting migration and drug trafficking, and using private sector investment to drive near-shoring. However, achieving these goals demands a more holistic approach to development in the region.

Substantial obstacles stand in the way of Central America’s rich potential. First, the countries must do more to foster a business-friendly environment. That means improving governance, increasing transparency and public accountability, and taking serious steps to reduce corruption. U.S. technical assistance will be essential to build capacity among judges and prosecutors and to generate buy-in from international investors.

Next, the United States must partner with Central American governments to advance human capital in the region. Education and skills will not just benefit Central American economies –– developing the region’s workforce also benefits U.S. security interests. When young people can participate in the economy, they are less likely to leave or turn to illicit activities.

Even after decades of instability, conflict, natural disasters, and economic upheaval, the pandemic has presented Central America with an unprecedented crisis. Let’s use this crisis for transformative change.