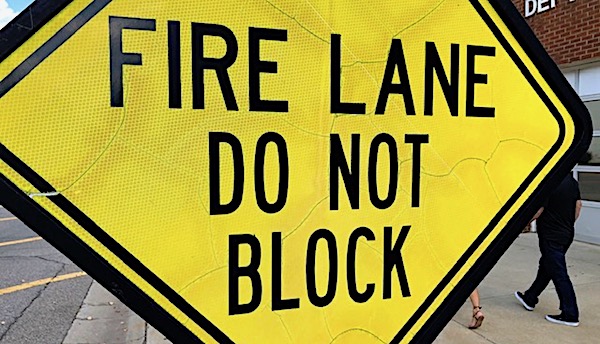 Around 55% of New York City firefighters polled over three days said they would not take a COVID-19 vaccine when it becomes available to first responders, according to a recent union survey.

A survey conducted by the Uniformed Firefighters Association (UFA) asked 2,053 firefighters if they would get the Pfizer vaccine, according to UFA President Andy Ansbro, the New York Post reported. The Fire Department of New York (FDNY) will not require members to receive the vaccine, though Ansbro plans to be vaccinated.

“A lot of them probably feel they are not in a risk category, they are younger, stronger, they may have already had it and gotten through it, and feel it’s not their problem,” Ansbro said, the Post reported. “They are more familiar with the coronavirus than they are with the vaccine.”

The first batch of COVID vaccines is expected to be delivered to New York in less than two weeks, but according to an internal survey, a majority of FDNY firefighters don’t want to get vaccinated https://t.co/Ltj3W5RLrd

The department has had more than 130 positive COVID-19 cases across the city, with at least six firehouses having three or more positive cases, the Post reported.

“The 55% doesn’t surprise me. They’re called the bravest, not the smartest,” a senior FDNY member said, the Post reported.

“It’s saving their lives and the lives of their co-workers, families, friends and the people they take care of. They respond to live-threatening medical emergencies. The last thing you want is a family member in dire straits being worked on by an unvaccinated firefighter,” the senior official added, the Post reported.

The UFA has a total of 8,200 active members, around 25% of whom were polled about the vaccine, according to the Post. Essential workers are potentially more likely to distrust the vaccine because of the way the pandemic was managed early on.

“There’s been a lot of misinformation, a lot of mistrust in government messaging, how the pandemic’s been handled, and a lot of distaste among certain essential workers how they really were not prioritized to receive PPE,” public health expert Rachael Piltch-Loeb said, the Post reported.

She said that they want to encourage essential workers to be vaccinated, though they won’t push them to do it, the Post reported.

New York state will receive around 170,000 doses of the Pfizer vaccine on Tuesday if the Food and Drug Administration approves the request, the Post reported