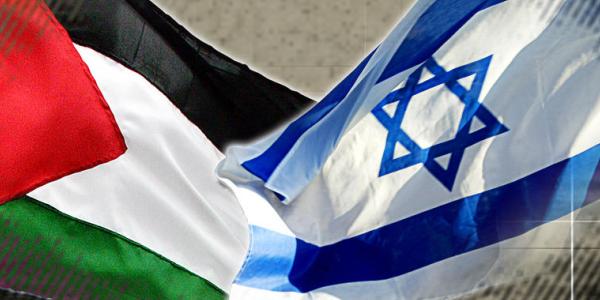 British taxpayers have handed over some $632 million to various Palestinian causes in just the last five years, and in return Palestinian plaintiffs are suing what once was the British Empire for issuing the Balfour Declaration.

The 1917 document declared support for a "national home for the Jewish people" in an area that had been part of the Ottoman Empire.

The document named for then-U.K. Foreign Secretary Arthur Balfour was the first public expression of support for a Jewish homeland by a major political power.

It called for safeguarding the civil and religious rights of Palestinian Arabs as well as the rights and status of Jewish communities.

It became a central part of the British Mandate for Palestine, then Mandatory Palestine, which later was divided into what now is Israel and Jordan.

But a lawsuit in the Palestinian courts, according to Palestinian Media Watch, claims the declaration is "the cause" of Palestinian suffering.

The official PA daily Al-Hayat Al-Jadida reported the lawsuit, "which has a political impact and a media aspect, lays the responsibility on the government of Britain for the consequences of the Balfour Promise, which gave Palestine as a national homeland to the Jews and enabled the Zionist gangs to occupy Palestine, and the consequences that stem from its behavior that contradicts international rules, morals, and law."

The report said witnesses and evidence were being lined up for the legal fight.

PMW said the attorney for the plaintiffs, Luay Abdo, "explained that the goal of the suit is to persuade Britain to confess that the Balfour Declaration 'destroyed the life of an entire Palestinian people and entity, whose place was taken by a racist colonialist entity.'"

PMW previously has exposed attempts by the Palestinian Authority "to rewrite history and say the Balfour Declaration is responsible for Israel's establishment."

That, however, the report said, is far from reality.

The British made clear in the document that while they supported a homeland for the Jewish people, it was understood that "nothing shall be done which may prejudice the civil and religious rights of existing non-Jewish communities in Palestine or the rights and political status enjoyed by Jews in any other country."

And no Jewish state could be created without wide international consensus.

The first international approval came in 1920 at a conference in Italy in a statement: "The Mandatory will be responsible for putting into effect the declaration originally made on the [2nd] November, 1917, by the British Government and adopted by the other Allied Powers, in favor of the establishment in Palestine of a national home for the Jewish people."

The international plan earned the support of the League of Nations in 1922, and the next year a proposal was made to create a Jewish homeland west of the Jordan River and "Trans-Jordan" to the east.

It wasn't until 1947 that the new United Nations adopted the "Partition Plan" that created the Jewish state.

The facts "clearly shows that it was the international community that created modern-day Israel, and not the Balfour Declaration or Great Britain," PMW said.