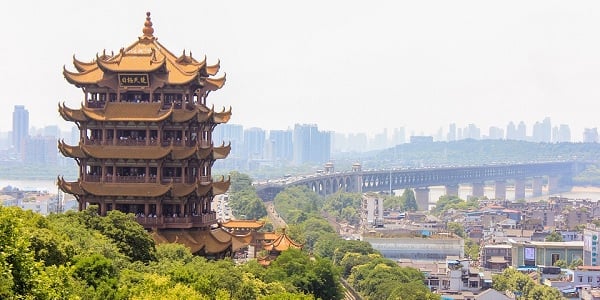 A team of scientists leading a World Health Organization mission to China to investigate the origins of the novel coronavirus is not looking to assign guilt to the communist regime over its failure to prevent the pandemic, a member of the delegation says.

“This is not about finding a guilty country or a guilty authority,” Fabian Leendertz, a scientist at the Robert Koch Institute, Germany’s infectious disease agency, told Agence France-Presse (AFP), the French media outlet.

“This is about understanding what happened to avoid that in the future, to reduce the risk.”

Leendertz and a team of 10 other scientists will visit Wuhan, China in January to investigate how the virus jumped from animals to humans, according to AFP.

Most scientists believe that the virus transmitted from an animal to a human at one of Wuhan’s open-air food markets. Western health officials have long criticized the Chinese government for doing little to regulate the food markets, which can be breeding grounds for viruses like the coronavirus.

Health officials in the U.S. have accused the World Health Organization (WHO) of failing to confront Chinese leaders for withholding information about the coronavirus early on in the pandemic.

The WHO said in a statement citing Chinese officials on Jan. 14 that there was no evidence that the virus spread from person-to-person contact. That assurance, which is now known to be false, likely slowed the response of health officials outside China at a crucial point in the pandemic.

Preliminary investigations conducted by the Chinese authorities have found no clear evidence of human-to-human transmission of the novel #coronavirus (2019-nCoV) identified in #Wuhan, #China????????. pic.twitter.com/Fnl5P877VG

Bruce Aylward, a WHO official who led a fact-finding mission to China in February, also claimed based on information obtained by local health officials that the coronavirus was likely not transmitted easily by asymptomatic carriers.

The Centers for Disease Control and Prevention recently estimated that more than half of people infected with coronavirus are asymptomatic or show few symptoms.

Aylward came under scrutiny in March after he cut off an interview with a reporter who implied that Taiwan is independent from China. The Chinese government disputes Taiwan’s independence.

Citing WHO’s obsequious response to China’s deception, President Donald Trump said this summer he would cut off funding to WHO. President-elect Joe Biden has promised to restore that funding when he takes office.

Leendertz asserted that Chinese government officials are “really interested in finding out what happened” at the beginning of the pandemic.

“The meetings we had so far with Chinese colleagues were really productive and very good,” Leendertz told AFP.