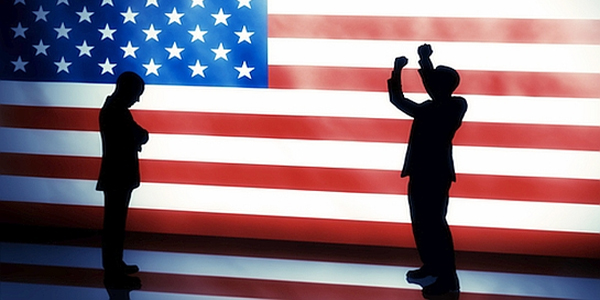 New startling whistleblower claims casting doubt on the 2020 election include the disappearance of up to 288,000 mail-in ballots, the improper backdating of another 100,00 and the dumping of mail promoting President Trump while mail for Joe Biden was delivered.

The Amistad Project of the Thomas More Society, which compiled the testimony, said a U.S. Postal Service contractor claims his trailer full of from 144,000 to 288,000 completed mail-in ballots disappeared after he delivered them from New York state to a Lancaster, Pennsylvania, depot, reported the Washington Examiner.

In Wisconsin, Nathan Pease said he was told by two separate postal workers on two separate occasions that the USPS was backdating more than 100,000 ballots received the morning of Nov. 4 so they would be counted.

In Traverse City, Michigan, Trump campaign mail was put in bins labeled "Undeliverable Bulk Business Mail" while the same type of mail for Joe Biden was ordered to be delivered on time.

Another whistleblower questioned the integrity of Dominion voting machines. Gregory Stenstrom of Pennsylvania said he witnessed a vendor of Dominion machines and local election officials download and update counting machines in violation of election system protocol. He said machine jump drives were comingled, rendering audits impossible without access to the machines.

The Amistad Project has mounted an independent investigation of voting and voter registration in several key battleground states.

It recently was in the news when it confirmed that the FBI had requested its findings.

"The project has uncovered potential flaws and fraud in ballots and voter registration of several states that have certified the election counts in favor of Biden," the organization said.

Amistad said the "whistleblower accounts released today, detail the failure of election officials in blue jurisdictions to maintain ballot chain of custody, allowing for the potential infusion of fraudulent ballots."

"These accounts include photographs of individuals improperly accessing voting machines and a detailed eyewitness account of the breaking of sealed boxes of ballot jump drives and commingling of those jump drives with others," the organization said.

"The accounts also reveal multi-state illegal efforts by USPS workers to influence the election in at least three of six swing states. Details include potentially hundreds of thousands of completed absentee ballots being transported across three state lines, and a trailer filled with ballots disappearing in Pennsylvania."

Phill Kline, the director the Amistad Project, and Matt Braynard, who works with the Thomas More's Voter Integrity Project, both confirmed that the FBI has asked for the evidence.

After learning that hundreds of thousands of ballots are potentially fraudulent- The FBI has now requested to look at our data.

- The @FBI has proactively and directly requested from me the VIP findings that indicates illegal ballots.

- By Tuesday, we will have delivered to the agency all of our data, including names, addresses, phone numbers, etc.

Braynard wrote, "While there has been legit criticism of the actions of leaders of the agency over the last several years, I can personally attest to the many patriots within the rank-and-file who are fighting on the side of the Constitution and Law and Order."

Kline said the data "has been used to identify hundreds of thousands of potentially fraudulent ballots in the states where we filed litigation."

Attorney General Bill Barr on Tuesday said no evidence of "widespread" election fraud had been uncovered yet, and President Trump responded immediately by pointing out that there had been no investigation into the matter.

The Amistad Project already has filed lawsuits, based on evidence of fraud, in Pennsylvania, Wisconsin, Michigan and Georgia.