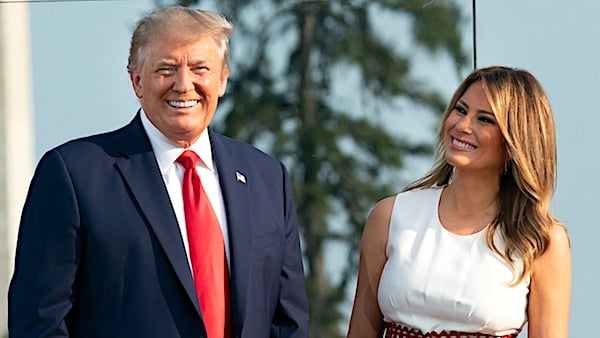 President Trump has been named 2020's "Most Admired Man" in a poll by Gallup, ousting Barack Obama from the position he held for more than a decade.

Michelle Obama was named most admired among women with Hillary Clinton far down the list with only 2% citing her.

"When the sitting president is not the top choice, it is usually because he is unpopular politically. That was the case in 2017 and 2018 when Trump had 36% and 40% approval ratings, respectively, and finished second to Obama as most admired man," the report continued. "Even though Trump is similarly unpopular now – 39% approve of his performance – his dominant performance among Republicans, contrasted with Democrats splitting their choices among multiple public figures, pushes him to the top of the 2020 most admired man list."

The report said 48% of Republicans named Trump this year, and while Obama was named top choice among Democrats, with 32%, a figure that plunged from the 41% just a year ago.

Twenty-one percent did not offer an opinion, while 11% named a relative or friend.

"The Rev. Billy Graham, who passed away in 2018, finished among the top 10 a record 61 times during his life," the report said.

This year, 10% of Americans name Michelle Obama as most admired woman, 6% name Kamala Harris, and 4% name current first lady Melania Trump. She has been in the top 10 each of the past four years.