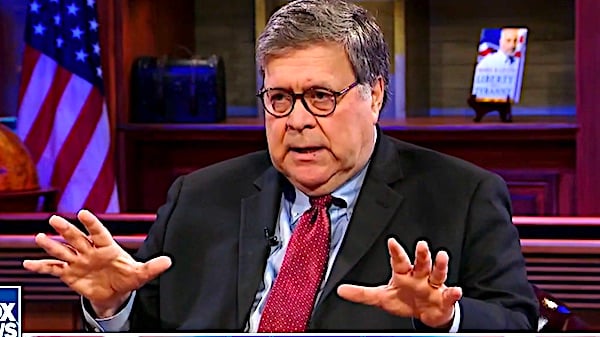 Attorney General William Barr knew months ago about investigations into Hunter Biden’s business dealings, but kept the information from spilling into public view even as President Donald Trump publicly called for investigations into the son of the president-elect.

According to The Wall Street Journal, Barr was briefed before the spring about investigations into Biden, which Biden revealed in a statement on Wednesday issued through his father’s presidential transition team.

Biden said that prosecutors with the U.S. attorney’s office in Delaware had contacted his attorney regarding an investigation into his “tax affairs.”

A source familiar with the investigation told the Daily Caller News Foundation that it began in 2018, and that the U.S. attorneys’ contact with Biden’s lawyers signals that the investigation has moved from a “covert” to an “overt” stage.

Other reports suggest that Biden is also a target or subject of money laundering investigations. CNN reported that the investigations are scrutinizing Biden’s business deals with CEFC China Energy, a major Chinese energy conglomerate that paid Biden approximately $6 million in 2017 and 2018.

The revelation that Barr knew of the probe has already rankled President Donald Trump and his Republican allies in Congress, who have publicly called for Barr to investigate Hunter Biden’s business dealings.

According to The Journal, Barr took steps to avoid providing information to Republican members of Congress about the investigations.

“Congressional Republicans are furious that Barr never told us the news, even in confidence,” a source who works on Capitol Hill told the DCNF.

Trump took a thinly veiled shot at the Justice Department on Thursday night.

Trump has publicly fumed over Barr’s statement earlier this month that the Justice Department had not seen enough evidence of voter fraud to overturn the results of the election. Trump has also criticized Barr over the lack of developments in an investigation into the origins of the Trump-Russia probe that did not produce results before the election.

Barr tapped the prosecutor leading that investigation, John Durham, to serve as special counsel on Oct. 19.

The Justice Department did not immediately respond to a request for comment.