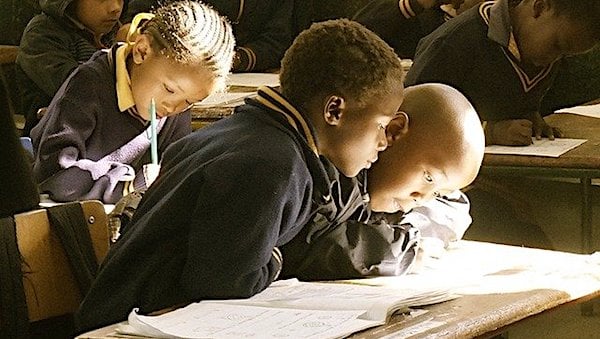 The U.S. educational system is responsible for committing "spirit murder" against black students, teachers were taught at a training session held by Seattle Public Schools.

A slide on "building community" listed bullet points for teachers to discuss, including "spirit murder."

The term was defined as the murder of "the souls of black children every day through systemic, institutionalized, anti-black, state-sanctioned violence."

The Free Beacon said teachers also were urged to "bankrupt [their] privilege," recognize their "thieved inheritance" and "commit to the journey" of anti-whiteness, even if their "lizard brain" makes them fearful of having a conversation about racism.

The teaching is part of the new "anti-racism" curriculum, contending the U.S. is inherently racist, adopted after months of civil and racial unrest last summer in response to the death of George Floyd.

The report said San Diego also has required anti-racism training, and a Virginia school district has an "anti-racist" curriculum for young students.

The trainers begin by claiming that teachers are colonizers of Native American "ancestral lands" and that “the United States was built off the stolen labor of kidnapped and enslaved Black people’s work, which created the profits that created our nation.” pic.twitter.com/lTSXFACqDD