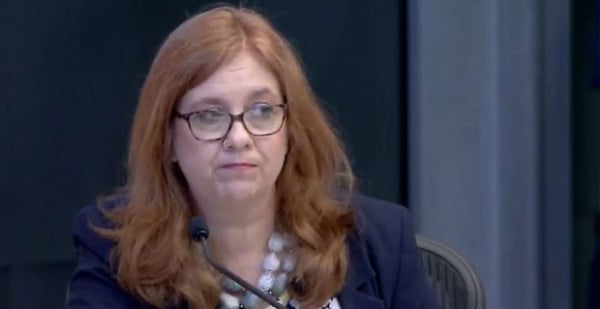 After voting to defund the police department, a member of the Seattle City Council called the cops to report a crime that effectively would be legal under a new proposal she has sponsored.

Under Herbold's "poverty defense" proposal, most misdemeanor suspects would be let off the hook if they commit a crime to meet a basic need.

Rantz said that in the report to police, Herbold said "she was on the west side of the living room near the kitchen when she heard a loud noise that sounded like a gunshot and dove into the kitchen for cover."

A neighbor who witnessed the incident said he spotted an "unathletic and a bad runner" leaving the scene.

Herbold's bill -- modeled after a draft proposal by radical defenders -- instructs prosecutors to consider dismissing charges against a suspect "experiencing symptoms of a behavioral health disorder" while committing the crime. Under current laws, Rantz points out, a mental disorder means any organic, mental or emotional impairment that has substantial adverse effects on a person's cognitive or volitional function.

That apparently means a person could claim anxiety as a defense.

In fact, the standard is so low, notes Rantz, the legislation would provide blanket immunity from misdemeanor prosecution for virtually any non-DUI offense.

Herbold wants a criminal investigation into the incident at her home, and Rantz agreed she should.

"He broke the law and should be punished," Rantz said of the suspect.

"But in Seattle, thanks to councilmembers like Herbold, we don't punish criminals. We have an aversion to putting people in jail who are threats to society. Usually the councilmembers aren't victims themselves. They just create the victims with their permissive policies."

'They don't know what they're doing'

The petition, the station said, reflected the widening gulf between the council and city residents.

"They don't know what they're doing," said Victoria Beach, Seattle Police Department chairwoman of the African-American Community Advisory Council. "There is no trust because they showed a lack of experience rushing (and) not having Chief (Carmen Best) at the table and not having a plan."

The police chief, Best, a black woman, later resigned after the council's $3.5 million in cuts resulted in a reductions of staffing and pay, including her own.

Black Lives Matter activists had demanded at least a 50% cut to the police budget.