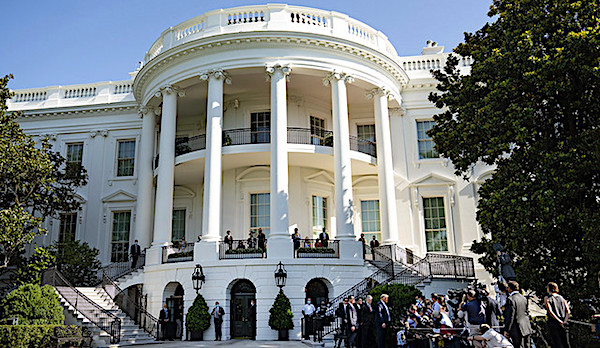 The movement by state legislators to claw back their constitutional power to choose Electoral College electors is gaining momentum.

A resolution proposed by lawmakers in Pennsylvania charges "numerous illegal acts" in the 2020 election have been "ignored" by the governor, secretary of state and election officials.

The lawmakers state the General Assembly "takes back and reserves the power to designate presidential electors for the Commonwealth of Pennsylvania for the December 2020 meeting of the Electoral College and withdraws any prior statement or direction to the contrary given by the General Assembly or any other official or body."

Arizona Rep. Mark Finchem announced during a vote-fraud hearing Monday he wants the legislature to reclaim control over the appointment of Electoral College electors, the National File reports.

"We are clawing our Electoral College votes back, we will not release them," he said. "That's what I'm calling our colleagues in both the House and the Senate to do. Exercise our plenary authority under the U.S. Constitution."

Several constitutional experts have pointed out that state lawmakers have great latitude in determining their electors, and for whom they vote, if they have evidence of vote fraud or other misbehavior.

It was only days earlier that a Pennsylvania state legislator said he and his colleagues planned to assert their constitutional authority to name the electors to the Electoral College.

Republican state Sen. Doug Mastriano Mastriano, a retired U.S. Army colonel, said in an intervew with Steve Bannon's "War Room" that members of the Pennsylvania House and Senate were working on a joint resolution to "grab back" their constitutional authority from the secretary of state that was ceded in 1938, the Gateway Pundit reported.

The now-completed Pennsylvania resolution notes that state law requires mail-in ballots to be in by 8 p.m. on Election Day and for all signatures to be authenticated.

But the state this year used "satellite locations," and the state Supreme Court made other changes to the state's election laws, only weeks before the election.

The resolution has additional pages of election process defects that lawmakers have identified. Litigation followed because of the anomalous vote pattern, in which President Trump's lead of some 700,000 votes evaporated with the introduction of vote "dumps" after polls closed in which Joe Biden was given in excess of 95% of the votes.

The resolution states that in light of the "irregularities" and the "infringement on the General Assembly's sole authority" regarding electors, the lawmaking body "takes back and reserves the power to designate presidential electors for the Commonwealth of Pennsylvania for the December 2020 meeting of the Electoral College and withdraws any prior statement or direction to the contrary."

The interview with Mastriano:

In that case, the Constitution provides that the U.S. House elects a president, with each state getting one vote.

Alongside Finchem was U.S. Rep. Paul Gosar, R-Ariz., who was in attendance in a show of solidarity with supporters of President Trump.

It probably would take Arizona, Pennsylvania and one other state to withhold Electoral College votes for the presidential race to be turned over to the U.S. House.

WND reported two constitutional-law experts, William J. Olson and Patrick M. McSweeney, have explained that Republican-controlled state legislatures that the authority to appoint slates of Republican electors to the Electoral College if the voters chose the Democratic candidate.

That could happen if there is evidence of fraud and other remedies are not available.

"During the 2020 presidential election, many of the so-called swing states, including Arizona, saw unprecedented – and unlawful – erosions of procedural safeguards as well as administration irregularities on Election Day," the constitutional experts have explained. "People deserve an honest accounting of who won. … With respect to identifying and remediating fraudulent or mistaken results, it is now or never, whatever can be done must be done.

"Legislators who want to carefully examine the election process, and take action if significant election fraud is found, would be simply giving effect to the vote of the people, not denying it."