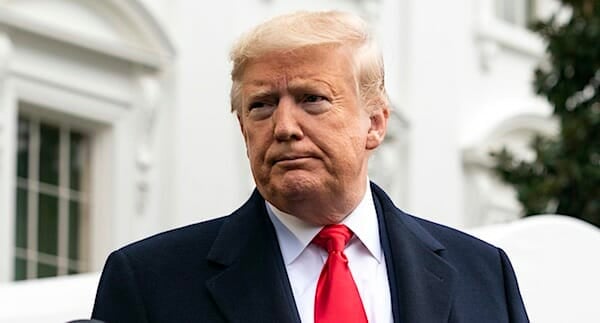 The court said Texas lacked standing under Article III of the Constitution.

"Texas has not demonstrated a judicially cognizable interest in the manner in which another State conducts its elections."

"In my view, we do not have discretion to deny the filing of a bill of complaint in a case that falls within our original jurisdiction," Alito wrote.

The complaint was filed directly with the Supreme Court on the premise that the high court has original jurisdiction over disputes between states.

Alito said he would "therefore grant the motion to file the bill of complaint but would not grant other relief, and I express no view on any other issue."

Alito cited the Supreme Court's decision in Arizona v. California, which said "we likely do not have discretion to decline review in cases within our original jurisdiction that arise between two or more States."

In a tweet late Friday night, President Trump said the Supreme Court "really let us down."

"No Wisdom, No Courage!" he wrote.

"So, you’re the President of the United States, and you just went through an election where you got more votes than any sitting President in history, by far - and purportedly lost," Trump said. "You can't get 'standing' before the Supreme Court, so you 'intervene' with wonderful states ... that, after careful study and consideration, think you got 'screwed,' something which will hurt them also. Many others likewise join the suit but, within a flash, it is thrown out and gone, without even looking at the many reasons it was brought. A Rigged Election, fight on!"

So, you’re the President of the United States, and you just went through an election where you got more votes than any sitting President in history, by far - and purportedly lost. You can’t get “standing” before the Supreme Court, so you “intervene” with wonderful states.....

Allen West, the chairman of the Republican Party of Texas, said in a statement in response to the denial that the Supreme Court has "decreed that a state can take unconstitutional actions and violate its own election law."

"This decision will have far reaching ramifications for the future of our constitutional republic," he said. "Perhaps law-abiding states should bond together and form a Union of states that will abide by the constitution."

Michael Gwin, a spokesman for Joe Biden, said the Supreme Court "has decisively and speedily rejected the latest of Donald Trump and his allies' attacks on the democratic process."

Texas Sen. Ted Cruz told the Washington Examiner that Trump asked him on Tuesday to present oral arguments in the case. The senator had offered to do the same in a similar case filed by a Pennsylvania congressman that was denied an injunction by the Supreme Court.

Trump had asked to join the Texas case, along with Missouri, Arkansas, Louisiana, Mississippi, South Carolina and Utah.

Missouri filed a friend-of-the-court brief Wednesday afternoon that was joined by Alabama, Arkansas, Florida, Indiana, Kansas, Louisiana, Mississippi, Montana, Nebraska, North Dakota, Oklahoma, South Carolina, South Dakota, Tennessee, Utah and West Virginia. The District of Columbia filed a brief on Thursday on behalf of the defendant states that was joined by 20 states and the territories of Guam and the Virgin Islands.

In addition, House Minority Leader Kevin McCarthy and 126 other House Republicans signed a brief presenting their "concern as Members of Congress, shared by untold millions of their constituents, that the unconstitutional irregularities involved in the 2020 presidential election cast doubt upon its outcome and the integrity of the American system of elections."