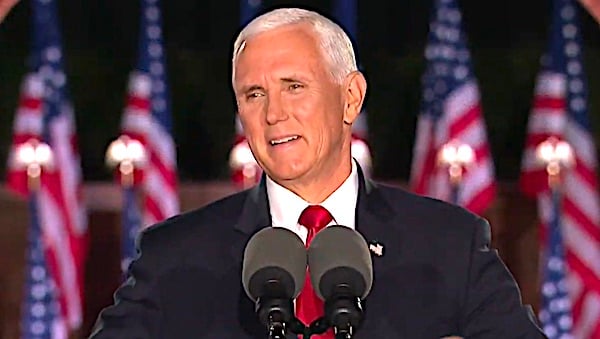 Republican electors in at least three states on Monday – while the official delegations to the Electoral College were voting from those states for Joe Biden – cast their votes for President Trump.

The action isn't entirely meaningless as it preserves those results for the states should any of the legal and other challenges to the 2020 election results, which millions believe were rife with fraud and cheating, are overturned.

Electors in Arizona, with 11 votes, Georgia, with 16, and Pennsylvania, with 20, all voted for the president even as other, Democrat, electors in their states were casting their ballots for Biden.

Combined, and presuming no other changes were made in state results, a change in the winners in those three states alone, a total of 47 electors, would be enough to deprive Biden of the win, as he now is credited by the media with only 306 votes.

And if those ballots were considered in dispute and neither roster was adopted by Congress, so that neither candidate received the required 270 votes, that would cast the election of a president to the U.S. House, with each state getting one vote.

Georgia's 16 electors have all cast their votes for Joe Biden, and electors applauded and cheered as the vote concluded.

Arizona officials released a statement from Kelli Ward, chairwoman of the state's GOP, that said, "Today, Arizona's 11 Republican presidential electors met to cast their votes for President Donald Trump and Vice President Mike Pence. With ongoing legal challenges to the 2020 presidential election still being heard in the courts, and state legislatures across the country holding hearings on election fraud and voting irregularities, it is imperative that the proper electors are counted by Congress."

The party also explained, "The legitimacy and good sense of two sets of electors meeting on December 14 to cast competing votes for president and vice president, with the conflict to be later sorted out by the courts and Congress, was pointed out by prominent Democrat lawyers Van Jones and Larry Lessig in an essay published last month on CNN.com. "

"Given that the results in Arizona remain in doubt, with legal arguments still to be decided, just as the Democrat electors met in Hawaii in 1960 while awaiting a final resolution of that state's vote, so too the Republican electors have agreed to meet this year on December 14 as we await a final resolution of Arizona’s 11 electoral votes."

The RedState blog reported GOP lawmakers in Michigan tried to take a vote, but were prevented from entering their own capitol by state police, who directed the Republicans to Democrat Gov. Whitmer if they had questions.

They reportedly voted anyway, but the restrictions drew concerns:

A state that ran a corrupt Detroit vote machine that led to 71% unverifiable votes accompanied by threats to canvassers and that deleted logs for its mass "adjudication" of Biden votes is *BLOCKING* GOP Electors.

Ever since the witnesses to what they have called fraud in the 2020 election started appearing, the question was which electors will be counted.

Based on their vote, he believes President Trump will serve a second term.

Miller said the president has until Jan. 20, Inauguration Day, to finish its lawsuits against battleground states.

"We have more than enough time to right the wrong of this fraudulent election result and certify Donald Trump as the winner of the election," Miller said Monday on the "Fox & Friends" program on the Fox News Channel.

"As we speak today, an alternate slate of electors in the contested states is going to vote, and we're going to send those results up to Congress," he said.

The president had substantial leads in Wisconsin, Michigan, Pennsylvania and Georgia after the polls closed. In the early morning hours after Election Day, however, the campaign charges, massive dumps of votes in improbable proportions for Joe Biden gave the Democrat the lead.

More than 1,000 witnesses have alleged fraud in sworn statements.

Some state lawmakers have urged their colleagues to assert the constitutional authority state legislatures have to appoint electors who reflect the will of the people.

An analysis by two prominent law professors published before the election concluded that if Electoral College votes remain in dispute as they are counted in Congress, the vice president, as presiding officer of the joint session, could choose not to allow certain disputed votes.

John Yoo of California-Berkeley and Robert J. Delahunty of St. Thomas University wrote in an analysis published Oct. 19 by the Claremont Institute that the "constitutional structure" favors President Trump if Election Day "fails to result in a clear winner."

They cited the "unprecedented" circumstance of the COVID-19 pandemic on the election and envisioned a scenario in which "Trump appears to be the winner on the morning after Election Day, but a 'blue wave' begins in the days and weeks after, and Biden claims a belated, overtime victory."

Just the News reported Norman J. Ornstein of the American Enterprise Institute called the professors' argument "ludicrous on its face."

Attorney Richard Roth of the New York-based Roth Law Firm told Just the News that while the essay "raises several very valid – and very controversial – issues, they all rest on one fact: the certification of election results."

The professors pointed to the Electoral Count Act of 1887, which establishes deadlines for the states to report their official results and for the 538 members of the Electoral College to meet.

"The latter date this year is December 14, or 41 days after Election Day. The state deadline this year is December 8. The date is a safe harbor: if a state reports in time, Congress will accept its electors. The Act provides that if 'any controversy or contest' remains after December 8, Congress will decide which electors—if any—may cast their state’s votes in the Electoral College," they explained.

The Founders also addressed the possibility that the Electoral College vote would fail to produce a winner, and it's possible that Electoral College votes would remain "under question, whether because of fraud in the vote, inability to county ballots accurately under neutral rules, or a dispute," even if they are certified by a governor.

"Under the 12th Amendment, 'the President of the Senate [i.e., the Vice President] shall, in the Presence of the Senate and House of Representatives, open all the certificates [of the electoral votes of the states] and the votes shall then be counted.' Left unclear is who is to 'count' the electors’ votes and how their validity is to be determined," they wrote.

"We suggest that the Vice President’s role is not the merely ministerial one of opening the ballots and then handing them over (to whom?) to be counted. Though the 12th Amendment describes the counting in the passive voice, the language seems to envisage a single, continuous process in which the Vice President both opens and counts the votes."

They argued that if "counting" the votes is the vice president's responsibility, "then the inextricably intertwined responsibility for judging the validity of those votes must also be his."

"If that reading is correct, then the Electoral Count Act is unconstitutional. Congress cannot use legislation to dictate how any individual branch of government is to perform its unique duties: Congress could not prescribe how future Senates should conduct an impeachment trial, for example. Similarly, we think the better reading is that Vice President Pence would decide between competing slates of electors chosen by state legislators and governors, or decide whether to count votes that remain in litigation."