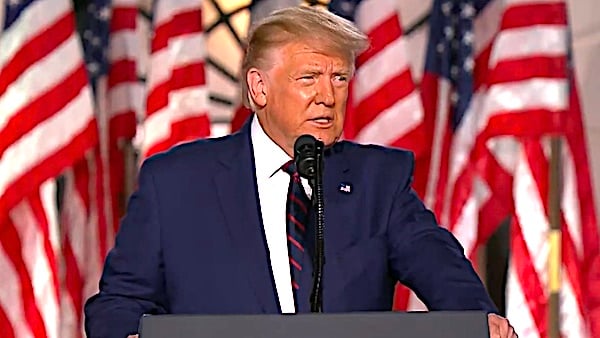 At the Patriot Journal, a question was raised.

"If Americans wanted [Joe] Biden over Trump, why would his approval for the final months of his first term be near his all-time high?"

The report noted many supporters of the president argue Republicans down-ticket took a dozen seats in the House and will likely hold the Senate, indicated they were riding Trump's coattails.

"Not to mention how they now control 31 state houses. Now that people have seen the clear election victories (even though the White House battle still rages), they are responding in Trump’s approval poll."

Trump's approval was up 2 points from a little over a week ago.

"It seems like a president who 'lost' re-election and is generally hated by the country wouldn’t get such a high approval, right?" Patriot Journal added. "But that is exactly what the media wants us to believe about this election. They are saying that Americans have given Trump his walking papers, electing in his place a man who held no rallies and hid in his basement for months.