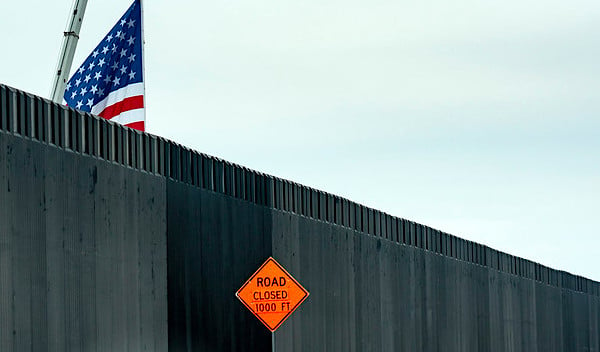 Texas Attorney General Ken Paxton has threatened to sue the Biden administration if it doesn't rescind it's "illegal deportation freeze."

In compliance with an executive order signed by President Biden on his first day in office, the Department of Homeland Security said the administration will "pause removals" for 100 days of people who have been scheduled for deportation. In addition, Biden announced proposed legislation that would grant an eight-year path to citizenship to the more than 11 million illegal aliens living in the U.S. Some immigration experts believe there are more 20 million illegal aliens. 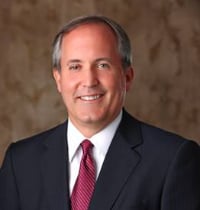 Paxton has the backing of Texas Gov. Greg Abbott, who said via Twitter that Biden "is trying to halt deportations of illegal aliens who already have a final order of removal from the U.S."

"This abandons the obligation to enforce federal immigration laws. Texas is fighting this attempt to grant blanket amnesty," he said.

When the @JoeBiden admin breaks the law, I take action. I have told @DHSgov to immediately rescind its illegal, unconscionable deportation freeze—or TX will sue.

As AG, I will always put Americans, Texans first—not dangerous aliens who must be deported!https://t.co/anW89QJiPP pic.twitter.com/ehsucOe6Ks

The DHS said in a statement that the "pause will allow DHS to ensure that its resources are dedicated to responding to the most pressing challenges that the United States faces, including immediate operational challenges at the southwest border in the midst of the most serious global public health crisis in a century."

"Throughout this interim period DHS will continue to enforce our immigration laws," the agency said. 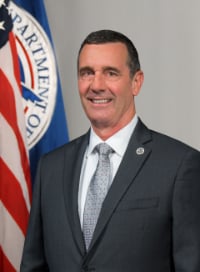 Paxton, however, argued in his letter to Pekoske that the administration is required to consult with the state before reducing immigration enforcement measures.

Pekoske said in his memo that certain individuals can be deported, including people who entered the U.S. illegally after Nov. 1, and anyone who poses a threat to national security or was convicted of an aggravated felony and released from prison.

The acting AG contended that because of "limited resources," DHS "cannot respond to all immigration violations or remove all persons unlawfully in the United States."

As Biden signed executive orders on immigration, in the background was a bust of the late labor leader Cesar Chavez, a strong opponent of illegal immigration because it takes jobs from Americans and depresses wages, the Washington Examiner noted.

Conservative radio host Larry Elder asked on Twitter: "Is Biden aware that Chavez, born in USA, HATED #illegalimmigration because it depressed wages — and that Chavez worked with the feds to stop it?"

Note the bust of Cesar Chavez behind Biden as he signed executive orders. Is Biden aware that Chavez, born in USA, HATED #illegalimmigration because it depressed wages--and that Chavez worked with the feds to stop it?

Along with immigration measures, Biden revoked the construction permit for the Keystone XL oil pipeline, angering Canadian leaders and killing thousands of jobs.

Mark McManus, the president of the United Association of Union Plumbers and Pipefitters, said in a statement Thursday that in revoking the permit, the Biden administration "has chosen to listen to the voices of fringe activists instead of union members and the American consumer on Day 1."

"Sadly, the Biden administration has now put thousands of union workers out of work. For the average American family, it means energy costs will go up and communities will no longer see the local investments that come with pipeline construction," he said.