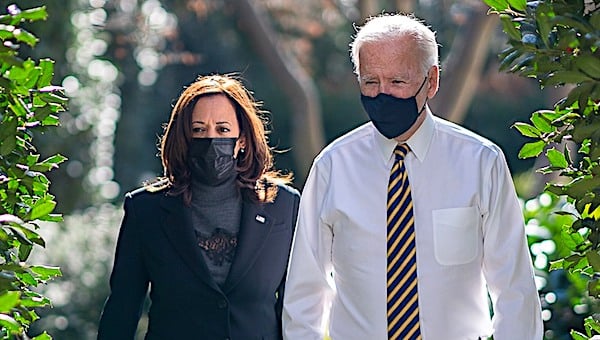 President Biden unveiled on Tuesday his plan to "embed racial equity" in all government agencies and "redress systemic racism where it exists" across the nation.

After a White House briefing by his domestic policy adviser, Susan Rice, and remarks to reporters, Biden signed a series of executive orders. Among them are an order to the Justice Department to not renew contracts with private prison operators, a presidential memorandum declaring the federal government has been guilty of discriminatory housing policies, an executive order reaffirming the federal government's commitment to the sovereignty of tribal governments over their territory, and a memorandum condemning and combating "racism and xenophobia" against Asian Americans and Pacific Islanders in the United States.

Biden said in his remarks at the White House that his initiative is a response to the death of George Floyd in police custody in Minneapolis last May. He said Floyd's death "opened the eyes of millions" and "marked a turning point in this country's attitude toward racial justice."

"What many Americans didn't see or had simply refused to see couldn't be ignored any longer," Biden said.

Rice said the objective is to "redress inequities in our economy and expand opportunities for people who have been left behind, including people of color."

One goal of the administration's policies, she said, is to cut child poverty in half and reduce poverty overall by 30%.

"Advancing equity is a critical part of healing and of restoring unity in our nation," Rice said.

"There is no systemic discrimination in this country. They don't even define the term," he said on the Fox News Channel.

Terrell, a former Democrat, said Democrats use the claim of systemic racism to "divide," arguing their party is running the major cities where blacks are suffering and "people of color are in every aspect of government."

"This is not 1950, it's 2021. If you want to break the poverty cycle, give us school choice," he said, referring to the voucher system favored by President Trump.

Terrell wondered: "If these are longstanding Democratic values, why haven't they worked before?

"We should have a discussion on race, but the Democrats use the race card to keep blacks and minorities in their party," he said.

Many black scholars, including Shelby Steele and Thomas Sowell, argue that the clashes of young black men with police are not due to racism but to the fatherlessness that stems from the massive, dependency-inducing welfare initiatives of the 1960s "War on Poverty" that initially were meant to provide "temporary" aid to single mothers.

Biden also has eliminated Trump's 1776 Commission, which countered the New York Times Magazine's 1619 Project's claim that America is an inherently racist nation built on a foundation of slavery.

He called the commission and its report issued just before Inauguration Day "counterfactual."

In its introduction, the 1776 Commission report argues that while the country "has its imperfections, just like any other country, in the annals of history the United States has achieved the greatest degree of personal freedom, security, and prosperity for the greatest proportion of its own people and for others around the world."

"Unity and healing must begin with understanding and truth, not ignorance and lies," Biden said.