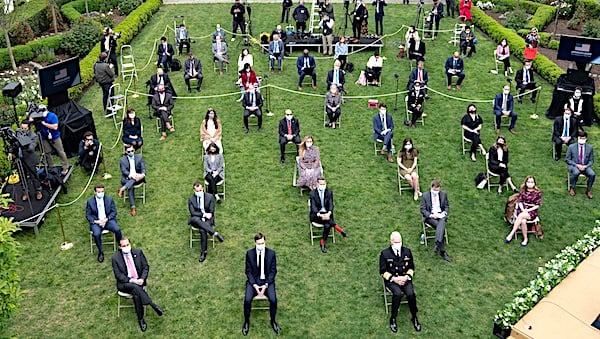 The Democrats' alliance with social media to crack down on conservative voices apparently now is manifesting itself in the White House press office.

In a feature on how "MAGA media" favorable to President Trump are trying to gain access to the Biden White House, Politico cited Biden's deputy press secretary, who makes it clear that any news outlets that "traffic in conspiracy theories, propaganda and lies" will be forbidden.

T.J. Ducklo began with the conventional sensibility that Biden's press team expects "reporters covering the White House to operate in good faith and tell their audience the truth, and this White House will do the same."

"We are moving forward with that mutual understanding," he said.

Then, on the heels of the controversy over allegations of election fraud by Trump supporters, Ducklo spelled out the kinds of news organizations and reporters that are not welcome.

"Organizations or individuals who traffic in conspiracy theories, propaganda and lies to spread disinformation will not be tolerated, and we'll work with the WHCA to decide how to handle those instances moving forward," he said.

Ducklo's reference was to the White House Correspondents Association, the nonprofit, independent organization that handles press credentials, access to the president and the physical conditions in the White House press briefing rooms.

Politico mentioned Eric Bolling as one reporter who had access to Trump but now may be shut out from the White House. Bolling is the conservative host of Sinclair Broadcast Group's "America This Week."

His employer, Politico pointed out, "dragged its feet in declaring Joe Biden the winner."

The Biden team is trying to learn from the Obama years, Politico said, when Fox News was "firing most of the spitballs at a newly elected Democratic president — personified best by Glenn Beck and his chalkboard."

"But now, there are a host of outlets looking to occupy that space, from the mainstream right (Sinclair and the Daily Caller) to the conspiratorial fringe (OAN and Gateway Pundit)."

Even for "experienced hands" like Press Secretary Jen Psaki, Politico said, those outlets pose "new and awkward conundrums for a White House vowing to restore normal relations with a press that has become anything but normal." 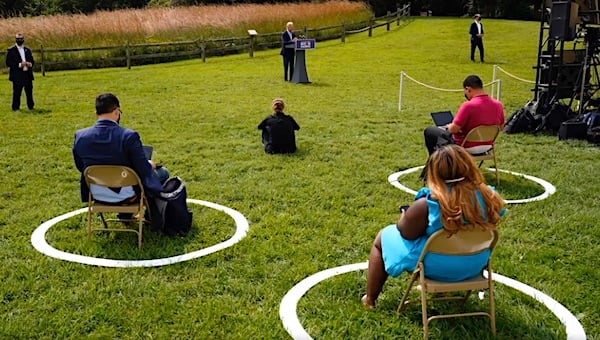 The Biden team indicated, according to Politico, that reporters who have a "hard pass" to gain access to the White House will be able to keep it if they "meet the criteria determined together with the correspondents' association."

However, Biden's aides "also promised not to allow outlets to use the briefings to spread baseless conspiracies."

A Trump critic and longtime Republican operative, Tim Miller, advised the Biden team to find a few outlets and reporters in "MAGA media" and engage them on the White House's own terms.

"Some of these guys are access-mongers, others just aren’t that savvy, and going into the lion’s den and making a case has value," he told Politico.

"The downside to that is you are kind of legitimizing some of these outlets that have acted horribly and they obviously will go out of their way to smear Biden the rest of the time," Miller said. "But there are no easy answers and I think the trade-off benefits Biden."