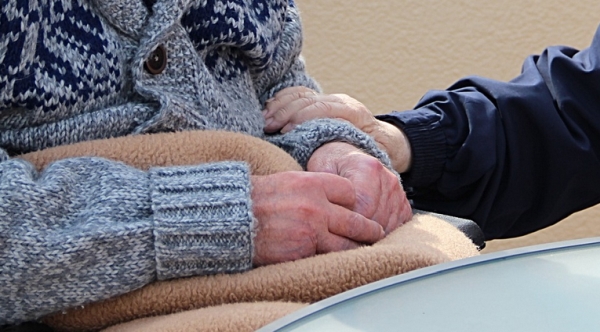 The New York Department of Health undercounted deaths from coronavirus in the state’s nursing homes by as much as 50%, according to a report issued by New York Attorney General Letitia James on Thursday.

The finding, which was based on data from 62 nursing homes, appears to undercut New York Gov. Andrew Cuomo’s assurances during the early months of the pandemic that New York’s nursing home fatality rates were among the lowest in the country.

Cuomo, a Democrat, often claimed in press conferences that New York had a 20% fatality rate at nursing homes, which he said was far lower than states like Pennsylvania, Massachusetts and New Jersey.

“Look at the basic facts where New York is versus other states,” Cuomo said in a press conference in August, the Associated Press reported at the time. “You look at where New York is as a percentage of nursing home deaths, it’s all the way at the bottom of the list.”

In July, he accused his detractors of playing politics by questioning the official data on nursing home fatalities.

He cited data that ranked New York 35th in terms of percentage of nursing home fatalities.

“Go talk to 34 other states first. Go talk to the Republican states now — Florida, Texas, Arizona — ask them what is happening in nursing homes. It’s all politics,” he said, according to the AP.

The attorney general’s report does not estimate the true number of nursing home fatalities, which the New York Department of Health initially reported to be just over 6,000. The analysis from Attorney General James, a Democrat, would suggest that the number of deaths would be around 9,000.

The New York Department of Health admitted to The Daily Caller News Foundation in May that it was undercounting deaths of nursing home residents from COVID-19. An official with the state agency told the DCNF that it was not including residents who died at hospitals in its official tally.

The report says that an executive order implemented by Cuomo in March 2020 put nursing home residents “at increased risk of harm” in some facilities. Cuomo’s order required nursing homes to readmit residents from hospitals even if they were positive for COVID-19.

According to the report, 4,000 nursing home deaths occurred after Cuomo’s guidance on March 25. Investigators do not attribute all of those deaths to Cuomo’s order, which he rescinded on May 10 in response to public outcry. But the report does note that deaths occurred in 323 facilities that “apparently had no reported COVID-19 infections before receiving admissions or re-admissions of hospital residents who had been diagnosed with COVID-19.”

The report said that additional data and analysis is needed to determine the full effect of Cuomo’s guidance, but that “these admissions may have contributed to increased risk of nursing home resident infection, and subsequent fatalities.”

Cuomo enacted the policy in order to clear up hospital beds to help deal with an expected surge of coronavirus cases in the state.

The report also said that nursing homes’ failure to comply with protocols to control infection put residents at higher risk of illness and death.

James’ estimate of a 50% gap between reported and actual deaths is based on analysis of data from 62 nursing homes, or about 10% of the facilities in the state.

The report cites one nursing home that reported 11 likely deaths by coronavirus to the Department of Health on Aug. 3. The investigation by the attorney general’s office found that 40 residents of the facility actually died from the virus: 27 of them at the nursing home and 13 at hospitals.