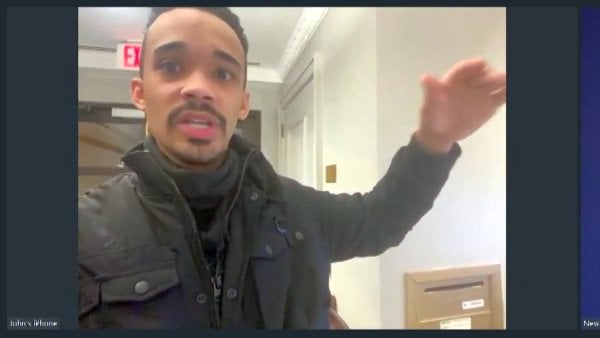 The FBI has arrested anarchist leader John Sullivan of Utah for participating in and committing various crimes during the riot at the U.S. Capitol Jan. 6.

He was quoted as saying, "We got to rip Trump from office" and "It's time for a revolution."

Sullivan is the founder of an organization called Insurgence USA. On July 13, 2020, he was charged with Rioting and Criminal Mischief by local law enforcement authorities in Provo, Utah, based on his activities around a June protest in which a civilian was shot and injured. The case is pending.

At the Capitol, Sullivan can be seen telling the crowd over a microphone: "We about to burn this s--- down" and "We ain't waiting until the next election."

Sullivan stated he was wearing a ballistic vest and a gas mask at the Capitol. He entered through a broken window and took cellphone video as a Capitol police officer shot Ashli Babbit in the neck while she was trying to enter a barricaded area of the Capitol. Babbit, 14-year Air Force veteran, later died.

Sullivan, 26, was charged in federal court with:

* One count of violent entry and disorderly conduct on Capitol grounds

* One count of interfering with law enforcement engaged in the lawful performance of their official duties incident to and during the commission of civil disorder.