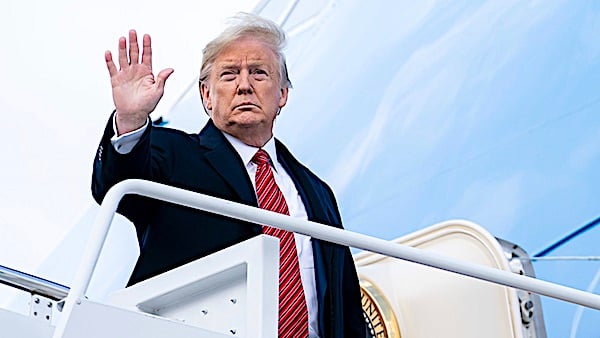 They include stopping construction of the border wall, revoking the Keystone Pipeline permit, eliminating the travel ban targeting terror-fomenting nations and promoting progressive policies on immigration, the environment and "diversity."

Biden advisers told the New York Times prior to the inauguration that one of the new president's primary objectives is to "reverse the gravest damages" done to the country by Trump. 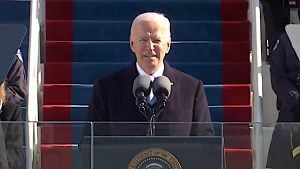 "We don’t have a second to waste when it comes to tackling the crises we face as a nation," Biden wrote Tuesday night on Twitter. "That's why after being sworn in tomorrow, I'll get right to work.”

His actions, the Times reported, break down into four broad categories: "the pandemic, economic struggles, immigration and diversity issues, and the environment and climate change."

Along with restoring the directorate for global health security and biodefense at the National Security Council, Biden signed an executive order imposing a national mandate requiring masks and physical distancing in all federal buildings, on all federal lands and by all federal employees.

He also put a halt to Trump's efforts to leave the World Health Organization. Biden will send the top coronavirus adviser under Trump, Dr. Anthony Fauci, to the WHO's annual executive board meeting on Thursday.

On immigration, Biden signed an executive order revoking the Trump administration's plan to exclude noncitizens from the census count.

Another order bolstered the Deferred Action for Childhood Arrivals program, or DACA, that protects the children of parents who came to the country illegally from deportation. President Obama's establishment of the program by executive action was deemed an unconstitutional assertion of power by many scholars and Trump asked Congress to come up with a solution.

Biden repealed Trump's ban on travel to the United States from nations that aid and abet terrorism, which was falsely labeled a "Muslim ban." The Trump administration selected the nations, which comprise less than 10% of the world's Muslim population, based on a prior designation by President Obama.

Another executive order stopped construction of the border wall while examining the legality of its funding and construction contracts. The White House says that along the 450 miles of new border wall, illegal crossings were reduced by more than 87%.

Jake Sullivan, Biden's national security adviser, told the Times the new president's team believes "that we can take steps to immediately reverse the elements of the Trump policies that were deeply inhumane and did not reflect our country’s values."

Sullivan also cautioned, however, that the new administration wants to send "a practical, credible, clear signal that this is not the moment to be coming to the southwestern border because our capacity to take people across that border is extremely limited."

Biden signed a broad executive order requiring all federal agencies to make "equity" a central factor in their work. The agencies will be required to submit a report within 200 days stating how they will work to remove barriers to opportunities in policies and programs.

She told reporters Tuesday that Biden "promised to root out systemic racism from our institutions."

"Delivering on racial justice will require that the administration takes a comprehensive approach to embed equity in every aspect of our policymaking and decision-making," she said.

Other executive orders will ban discrimination on the basis of sexual orientation or gender identity in the federal government and overturn Trump's order that curbed "diversity and inclusion" training in federal agencies.

Biden canceled Trump's 1776 Commission, a response to the New York Times' "1619 Project," a tool for teaching that reframes America as a fundamentally racist nation from its inception. Trump's commission released a report on Monday arguing that while the country "has its imperfections, just like any other country, in the annals of history the United States has achieved the greatest degree of personal freedom, security, and prosperity for the greatest proportion of its own people and for others around the world."

Biden also signed a letter indicating that the U.S. will rejoin the Paris climate accords and an executive order to begin the process of overturning Trump environmental policies.

Biden is imposing a moratorium on oil and natural gas leases in the Arctic National Wildlife Refuge and revoking the permit for the Keystone XL pipeline.

He also is rescinding rollbacks to vehicle emissions standards and reestablishing a working group on the "social costs" of greenhouse gasses.

Biden signed an order that extends a federal moratorium on housing evictions and on foreclosures on federally guaranteed mortgages through the end of March.

Biden's press secretary, Jen Psaki, said there's much more to come in "the coming days and weeks," with more executive actions, including "revoking the ban on military service by transgender Americans."